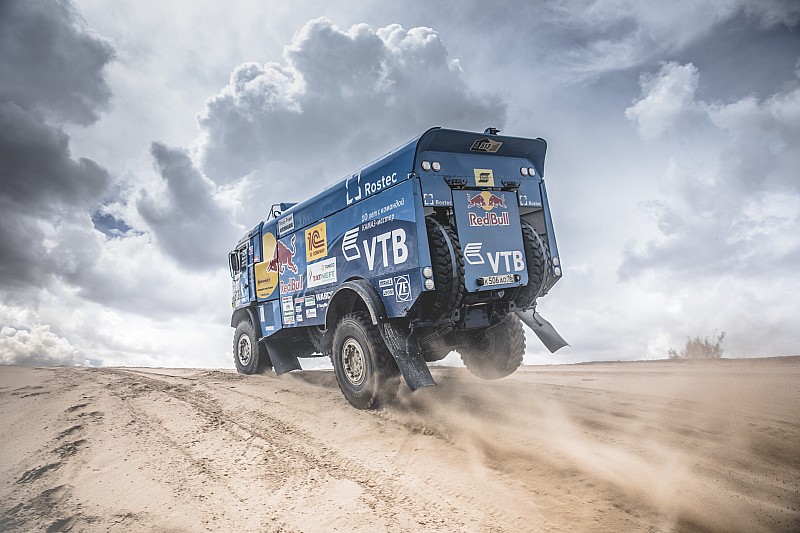 While the Uyuni-Salta stage was originally intended to be 492km long, torrid weather once again forced organisers to shorten the distance and finish the truck category at the first checkpoint, after 174km.

Van den Brink, who led the rally after Stage 2 before his truck caught on fire in the subsequent run, crossed the line with the fastest time in his Renault.

The Kamaz duo were third and second respectively overnight, and both managed to pass defending champion Gerard de Rooy (Iveco), who lost several minutes towards the end.

While he dropped down to third, he remains just 2m20s adrift Sotnikov, whose lead over teammate Nikolaev is 1m46s.

Villagra is the best of the rest in fourth, taking advantage of Ayrat Mardeev (Kamaz) running into trouble, 29 minutes off the lead.

Pascal de Baar (Renault) also gained a spot to move into fifth, followed by Peter Versluis (MAN), the last driver within an hour of leader Sotnikov.