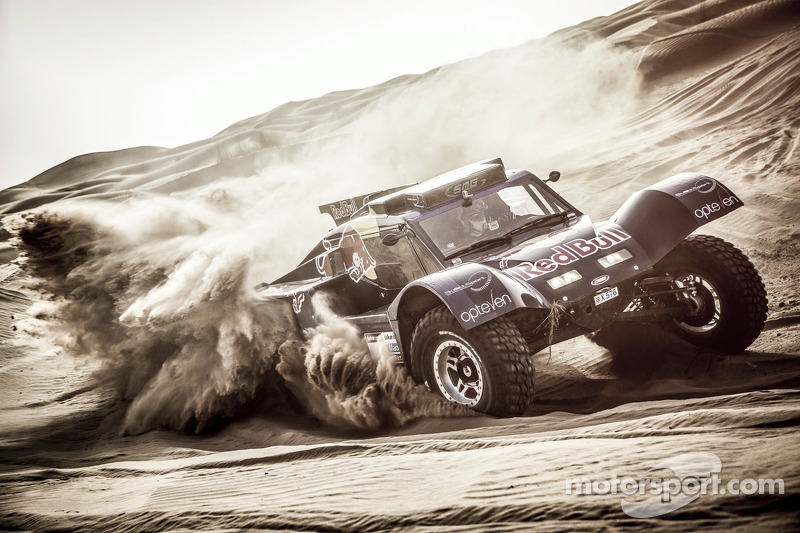 The start the 36th edition of the Dakar will be in Rosario, Argentina.

The organisers of the Dakar have taken advantage of the announcement of the route of the 36th Dakar to reveal a list of competitors that is full of surprises. Despres with Yamaha, Casteu with KTM and Coma, Al Attiyah back in X-Raid to battle against “Peter”… the panorama has been turned upside down with a series of ‘transfers’ since last January.

The rendezvous is in Rosario, the city where one of the founding ceremonies of the Argentinian nation took place two hundred years ago, long before it saw the birth of Che Guevara, and later Lionel Messi.

Next January 5th around 450 vehicles are expected in the city to start the 36th edition of the Dakar. It will be the longest one since the race first arrived in South America. It will cover more than 9,000 kilometres in total, of which 5,000 are special stages, to finally reach the Chilean port of Valparaiso, a historic travellers’ destination, after crossing the stunning landscapes of Salar d’Uyuni in Bolivia. In terms of kilometres, the altitude record will also be surpassed plus two marathon stages for bikes and quads, whose itineraries have been separated over at least one third of the distance. Basically, the Dakar 2014 is longer, higher, and harder; the extreme endurance challenge par excellence. In all its categories, the race has already started behind the scenes with out-of-season transfers that will surely upset the forecasts.

Despres goes for it in a challenge à la Valentino Rossi 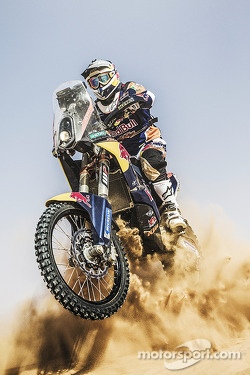 On two wheels, KTM's reign has lasted for twelve editions. However, the departure of Cyril Despres last spring deprives the Austrian team of one its trump cards. The team nevertheless maintains a good chance of continuing its domination, with a group headed by Marc Coma. The ambitious Catalan rider, who returns to the Dakar after a dislocated shoulder in 2013, wants to makeup ground on his rival by adding a fourth trophy to his collection. He will be well accompanied in KTM by three former podium winners: Rubens Faria and Chaleco Lopez, respectively 2nd and 3rd in 2013, and also David Casteu, whose two previous experiences at the handlebars of a KTM saw him finish in the Top 5 (2nd in 2007, 4th in 2009). Naturally, KTM’s number of victories will be directly challenged by Yamaha, whose YZF 450 already showed its pace last year. The five-time winner of the race has taken on the development of the machine during the year, and sets off on a challenge in the style of Valentino Rossi: To try and win a title after changing team. The official Honda team, which had its learning curve in the 2013 Dakar, has also pushed out the boat in its recruitment in its attempt to chase victory: with Helder Rodrigues, it can now count on the ambition of world champion Paolo Gonçalves and the proven speed of Joan Barreda.

Minis: A basket of crabs with golden claws…

Traffic jams are quite likely at the top end of the cars category. The level of competition is such that the Minis’ domination is not guaranteed, but Sven Qandt has taken steps to sow the seeds of chaos within his group. The owner of the X-raid team, who is not very fond of race orders, has convinced Nasser Al-Attiyah to come back, giving us the prospect of a battle for the title with Stéphane Peterhansel and Nani Roma and Krzysztof Holowczyc: a real basket of crabs with golden claws! Particularly adept at taking advantage of the panic around him, Giniel De Villiers will also benefit from a Toyota pick-up that is showing signs of maturity, after having occupied the last two places on the podium in 2012 and 2013. His team-mate Leeroy Poulter, who is starting his first Dakar, is also considered one of the rising starts in the discipline. As for the 4x4s, Ford’s first steps will be closely watched now that Lucio Alvarez (5th in 2012) has been given the role of leader. And the buggies will also take part to contribute to the spectacle ... if possible in front of the Minis. Carlos Sainz’s ambition has always been to win, and this time he plans to launch his attack at the wheel of an SMG buggy. A similar all-conquering spirit drives Robby Gordon, who will be at the wheel of a new-generation Hummer; a smaller model but highly powered. The fans of the big ‘ships’ sailing across the dunes will love the show provided by the always-spectacular BJ Baldwin, the recent winner of the Baja 1000. 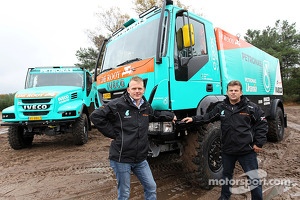 Russia vs. Holland: A technological revolution in the trucks category

The quad riders could beat a new record of participation, with more than 40 entered. Among then, Marcos Patronelli will try and win his third title. His South American rivals have come closer and closer over the last few years, especially young riders such as Ignacio Casale and Lucas Bonetto. Poland’s Rafal Sonik is also thereabouts … on two counts, because his team-mate is the only female quad rider, Camelia Liparoti. In trucks, the triple win by Kamaz in 2013 has really motivated Nikolaev’s rivals to carry out a technological revolution. The Ivecos of Gerard De Rooy and Hans Stacey, winners in 2012 and 2007, may no longer be the main rivals of the Russian ‘Armada’. Wuf Van Ginkel will drive a completely redesigned Ginaf truck, while the Veka team has given Pieter Versluis a Man that has just come out of the workshop, and Ales Loprais has completely revamped his Tatra, now called “Queen 69”. A whole world of promise …

Etienne Lavigne, Director of the Dakar

“The Dakar lives off allusions to history. With this departure in Rosario, in a way we are paying tribute to a phrase of Che Guevara: “Let's be realistic, let's ask for the impossible." This year’s route is already a challenge that takes the competitors through Bolivia, the country that is geographically and culturally at the heart of the continent. The Dakar will beat its altitude record, but also the feeling that the rally is really gaining height, and more than just symbolically.”

“We know that accumulated fatigue is one of the most complex factors to deal with in the Dakar. With an average of 50 extra kilometres to be covered every day in comparison with the previous edition, we could say that we have increased the level of difficulty by one or two notches: these extra kilometres will affect everyone! That is part of the spirit of rally raid.”

X-raid: With 12 vehicles to South America