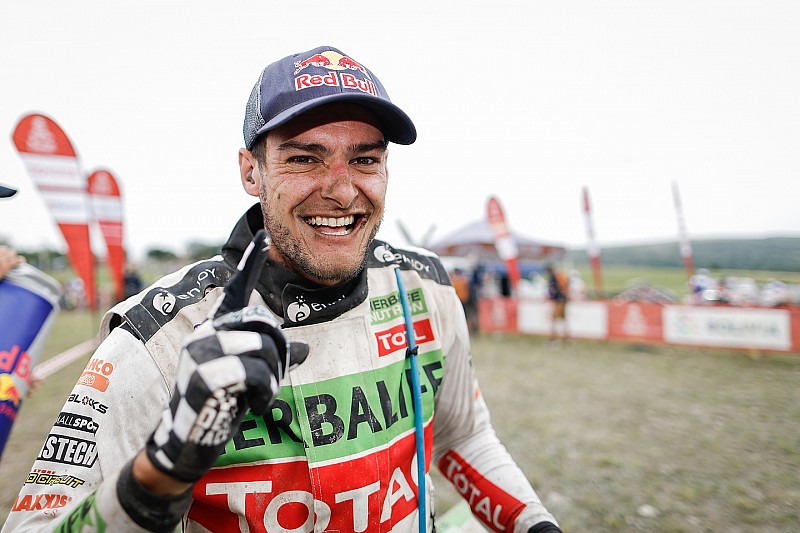 Chilean rider Ignacio Casale has wrapped up a dominant second Dakar Rally victory in the quads category of the marathon's 2018 edition.

Casale, who first won the rally back in 2014 and joins the Patronelli brothers in the ranks of multiple-time Dakar quad champions, finished one hour and 39 minutes ahead of nearest rival Nicolas Cavigliasso.

The Chilean's triumph in this year's race looked in little doubt from the moment reigning champion Sergey Karyakin crashed out of second place on day five, fracturing his left arm.

By day seven, Casale was over an hour clear of the chasing pack, needing only to pace himself through the remaining stages to collect the trophy in Cordoba.

Yet he remained a regular day-to-day frontrunner in the second week, placing in the top three in all but one of the 12 stages that featured competitive running in the quad class.

Casale wrapped up the general classification triumph by topping the final 120km test around Cordoba, the Chilean beating Nelson Sanabria to record his fifth stage win of the event.

Star rookie Cavigliasso was a close third on the day and secured the runner-up spot, having won two stages earlier in the marathon.