Car race at Dakar: a collision of worlds 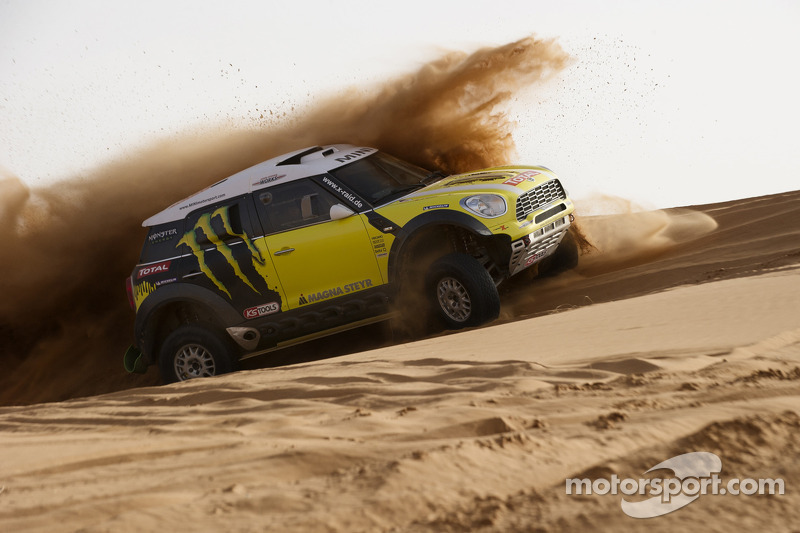 New rules in the car category mean two-wheel drive vehicles could be in the fight for the win. The 4-wheel drive cars have won for the last 12 years.

Whilst Peterhansel, Roma and Holowczyc are approaching the 35th edition of the Dakar with the ambition of confirming the Minis’ dominance, the threats could come from anywhere on the route to Santiago. The new rules applicable to the car category could also involve two-wheel drive vehicles in the fight for the title, which has been won by 4x4s for the last 12 years.

On the Dakar, the history of the car category has been marked by cycles of domination: Peugeot and Citroën in the 1980’s, then later Mitsubishi, before Volkswagen, who have all experienced purple patches during which they proudly boasted 1-2-3 finishes at the end of the rally. With its first victory last year thanks to Stephane Peterhansel, underlined by the second place achieved by Nani Roma, the Mini, designed and developed by the X-Raid team, is also aiming for a golden age. 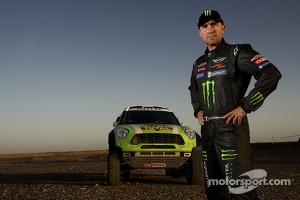 However, there is no reason that this barely started series will not suffer a sudden halt between Lima and Santiago. Of course, with ten titles in the bag, Stephane Peterhansel is once again the legitimate favourite to win the race and the competitiveness of both his team-mates Nani Roma and Krzysztof Holowczyc makes the German team ultra favourites for success, on the face of it.

However, the ability of the competition to challenge the Minis is a significant question, especially after the adoption of new rules that restrict modifications made to standard engines developed for the race. Already last year, the Toyota team anticipated this change and designed a pick-up to meet with the requirements for 2013. What’s more, Giniel De Villiers managed to climb on to the podium. In the meantime, the winner of the Dakar 2009 has made discretion his watchword, avoiding any confrontations with his rivals, instead spending the last year fine-tuning a Hilux which should have nothing about which to envy the Minis. Behind the South African, another leading Toyota will be driven by Argentinean Lucio Alvarez, 5th last year and perhaps capable of progressing further if the new technical rules are genuinely favourable to him. 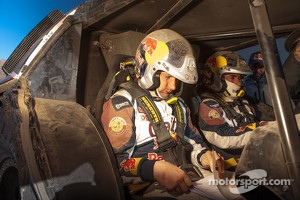 The rules for 2013 could especially result in two-wheel drive vehicles battling for the leading places with the 4x4s. By authorising a slight enlargement of the engine air intakes, the new regulations give all the buggies extra power. Furthermore, these vehicles will also be able to use automatic tyre inflating/deflating systems to tackle the dunes unlike the 4x4s. Consequently, the ambitions of the buggy drivers are soaring high, especially when they include two former winners such as Nasser Al-Attiyah and Carlos Sainz, who both drove for VW at the time, but who will be working for a team with the backing of Qatar and Red Bull this year.

The situation could also benefit Robby Gordon, who pushed the Minis hard in 2012 before being disqualified, whose Hummer is ready and waiting. As regards putting on a show and being up for a fight, the name of Guerlain Chicherit should not be forgotten. He will be making his return to the rally at the wheel of one of Philippe Gache’s buggies, also designed to win. Whatever the outcome, if they do not manage to dethrone the Minis and Toyotas, the two-wheel drive vehicles will definitely be involved in a ferocious battle for victory in their category. The Trophy Truck belonging to Eric Vigouroux, the “Juke” of Christian Lavieille or the MD Rallye buggies driven by Pascale Thomasse and Régis Delahaye will also be in with a shout.