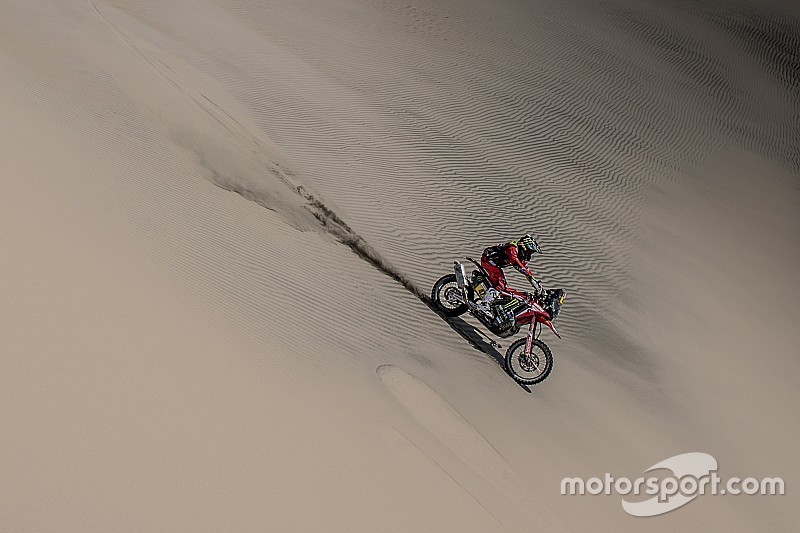 A three-hour penalty incurred by its highest-placed rider Kevin Benavides has put paid to Honda's chances of winning the 2019 edition of the Dakar Rally.

Benavides' teammate Ricky Brabec had retired from the lead with an engine failure on Tuesday and this, coupled with early exits for Joan Barreda and Paulo Goncalves, had left the Argentine as Honda's chief hope.

However, Benavides then picked up a hefty penalty in the aftermath of Tuesday's stage for carrying route notes on his bike, which took him out of victory contention.

“We have observed – photos included – that Kevin Benavides was carrying additional notes in the fuel tank, which he hid at the start of the special but then used during the race,” Dakar race direction has stated.

“We consider this to be obvious unsportsmanlike behaviour.”

The organisers of the Dakar had cracked down on competitors making modifications to the official roadbook starting from Stage 3, and on Monday a provision was added that also prohibited route notes “on the machine or on any part of the rider's body or clothing”.

Benavides, who sat fifth overall, 21 minutes off marathon leader Toby Price, has now been shuffled down to 14th place in the general classification.

The Argentine disputed race direction's suggestion that he had been hiding the notes, and suggested that the penalty had been applied retroactively.

“I was penalised for carrying some notes on the bike – Honda told me this was permitted, just not on the roadbook,” he said.

“We took these for several days, some key notes for the roadbook, to mitigate risks because we're risking our lives here.

“Yesterday [Monday] a rider in the neutralised zone recorded the notes on my bike with his phone. His team filed a complaint, and the stewards told us there was no problem yesterday.

“They added a clarification regarding the bike and rider clothing. And today they gave us a three-hour penalty.

“This is something that's not fair, because today we didn't take anything [on my bike]. The team is fighting the verdict.”

KTM was to have a third victory contender in Sam Sunderland, but the former champion was penalised for an hour, with race direction claiming he had modified his Iritrack monitoring system to forgo opening the road on Tuesday' stage.

Peterhansel out of Dakar 2019 in penultimate stage 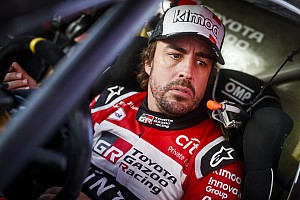 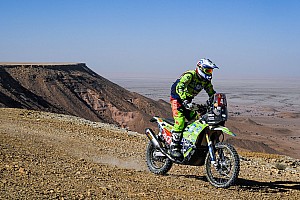