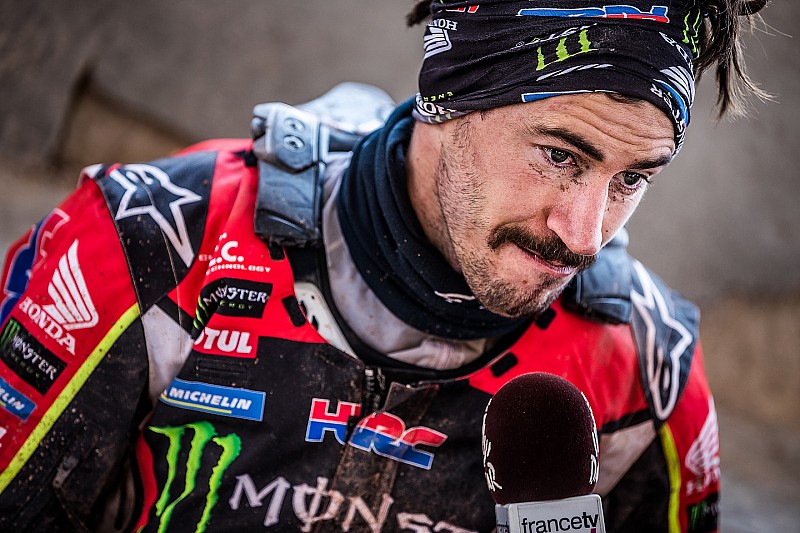 Honda rider and Dakar Rally bikes frontrunner Joan Barreda has been forced to drop out of the event.

The Spaniard had been in pain since damaging his knee on Saturday, but had been able to continue and held second overall going into Wednesday's stage, 39 minutes behind leader Matthias Walkner.

However, 98km into the 280km Belen-Fiambala test, Barreda requested medical assistance, and proceeded to the medical outpost in Fiambala a few kilometres away.

It is not yet clear if he had another crash after the one he previously suffered, but rally organisers have confirmed he is now out of the rally.

Barreda's exit comes as another blow to Honda's slim hopes of taking Dakar victory, which had already taken a severe dent when KTM rider Walkner opened up a hefty advantage on Tuesday as numerous contenders for outright victory got lost.

Kevin Benavides is now Honda's best-placed rider overall, the Argentine having begun Wednesday's stage third and 41 minutes down on Walkner.