Bad luck for Maxxis Super B Team during 5th stage 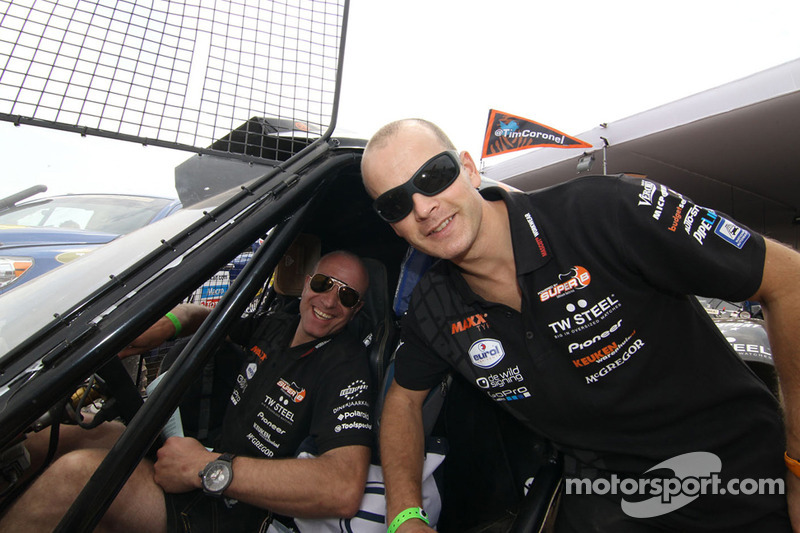 Arica - Anyone who thought that the day Stage 4 was the day of reckoning had to think again.

The relatively short fifth stage from Arequipa to Arica Chilean was a disappointing one for the Maxxis Team Dakar Powered by Super B. Sebastian Husseini experienced a lot of problems today and lost more than 4 hours on his main rivals in the top 3 standings of the quads. Kees Koolen came to the rescue and saw his beautiful classification slip through his fingers. Tim Coronel stranded in the last quarter of the stage and was the last car to get to the finish of the stage. But there was also good news because Jurgen van den Goorbergh had a good day without any main issues and finished 35th. 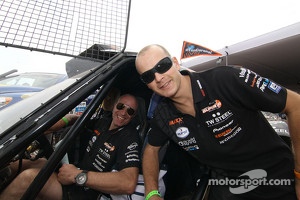 Problems for Husseini and Koolen After four days finishing second and to be fighting for the lead in the overall standings with the quads Sebastian Husseini was struck with bad luck in the 5th stage from Arequipa to Arica. After the first waypoint Husseini had a problem with his quad and could not continue. Teammate Kees Koolen came to help, towed Husseini and they finally crossed the finish line together. Husseini and Koolen lost 3 hours on the leader and on top of that were given an hour penalty. A rostrum finish overall seems to be impossible now for Husseini.

Update: Sebastian Husseini and Kees Koolen arrived late in the bivouac. Husseini’s problem was gearbox related. The always reliable gearbox had broken down and therefore he couldn’t continue. Koolen towed Husseini and together they passed the finish line. The quads were serviced in the bivouac, the problem with the gearbox has been resolved and both Husseini and Koolen will be allowed to just start stage 6.

Another tough day for Tim Coronel
Tim Coronel too had a tough day. After an hour and a half of sleep Coronel off with a good start, but lost a lot of time after the first waypoint but did manage to solve his issues and continued his way eventually, put his head down and got down to business. This went well until something went wrong with the steering of the buggy. Coronel could not repair it himself had to wait for the rapid assistance truck. The problem was solved and Coronel finished 4 hours after the winner as 110th. "So, made it to the bivouac again. It was really a nice stage for the buggy today. Unfortunately the buggy did stall a few times, but I can tell you, when the buggy has no issues, it's really fantastic. I had a moment at the end of the stage when my steering rod broke and I took a full left, into the crowds… Luckily I wasn’t driving very fast and it is a good thing it didn’t happen 10 km sooner, because then I would have made a roll. The team is working hard to get the problems under control and we will start stage 5 fresh."

Good day for Jurgen van den Goorbergh
Jurgen van den Goorbergh today was the only one Maxxis Super B team member who experienced a good day. Van den Goorbergh had no problems, showed a good performance on the 172-kilometer special to Aricabut and finished just over 28 minutes behind the leader as 35th. "Finally things seemed to be working out today. I did make the buggy work and pushed it hard. I wasn’t happy after yesterday's stage and I transferred that frustration into a good ride today. I have passed a lot of people and I wasn’t passed so I knew a good result was mine today. The buggy held up well and the tires were super. After stage 4 were didn’t get to the bivouac till 4 in the morning. Being towed for 120 km by Kornelis and Rob together with Tim was definitely no fun.

Offringa and van Pelt’s input of great importance
Kornelis Offringa and Rob van Pelt had another busy day in the office. After a short night's sleep The Maxxis Super B team started the 5th day in good spirits. Unfortunately the quads started their stage much earlier today and were taking a different route than the cars and trucks so there were no possibilities for the T4 to offer assistance to Husseini and Koolen. The special went smoothly and it wasn’t till the end of the stage that Offringa and van Pelt had to help out the stranded Coronel. After the finish of the stage the trucks and cars had only a short connection to the bivouac, they got there at some sort of decent hour and were able to make up their lost sleep a bit.

Stage 6 Arica - Calama
The first stage in Chile, the participants be taken straight to the dry and warm Atacama desert where they are scheduled for a day full of sand and dunes. The stage will start with a long liaison followed by a special of 438 km. It will be a long and hard first day in Chile.

F1 drivers warned over backing up and track limits at Sochi

F1 drivers warned over backing up and track limits at Sochi