Audi's Peterhansel drops out of Dakar contention after Stage 1 crash

Reigning Dakar Rally champion Stephane Peterhansel has effectively dropped out of contention for victory in 2022 after suffering heavy damage to his Audi in Sunday's opening stage.

Having finished 14th in Saturday’s Prologue, Peterhansel had been running an impressive second in his electric Audi RS Q e-tron, just six seconds behind overall leader Nasser Al-Attiyah of Toyota.

But passing through a winding rocky track 153km into the stage near Ha'il, the Frenchman broke the rear axle of his Audi RS Q e-tron after hitting "something" in an area of camel grass.

Both Peterhansel and his co-driver Edouard Boulanger were unhurt in the crash, but were stranded for 6h20m as they waited for outside assistance.

First, they dismantled the entire left rear axle to clear the way for the mechanics of their assistance truck. Once the truck arrived and managed to replace the broken parts, the duo continued their way through the stage.

But 40km later they lost another half an hour with an unknown issue, and decided to leave the stage at the neutralisation point located at the 207km mark and return to the bivouac by road, avoiding the risks involved in driving at night.

This has effectively ended Peterhansel's chances of scoring a record-extending 15th victory in the Dakar in 2022, although he is expected to return to the rally on Monday to continue developing Audi's complex electric contender.

The 56-year-old is spearheading the German manufacturer's return to cross-country rallying this year after spending the last three campaigns at X-Raid Mini, with his former teammate Carlos Sainz and two-time DTM champion Mattias Ekstrom completing the three-car line-up. 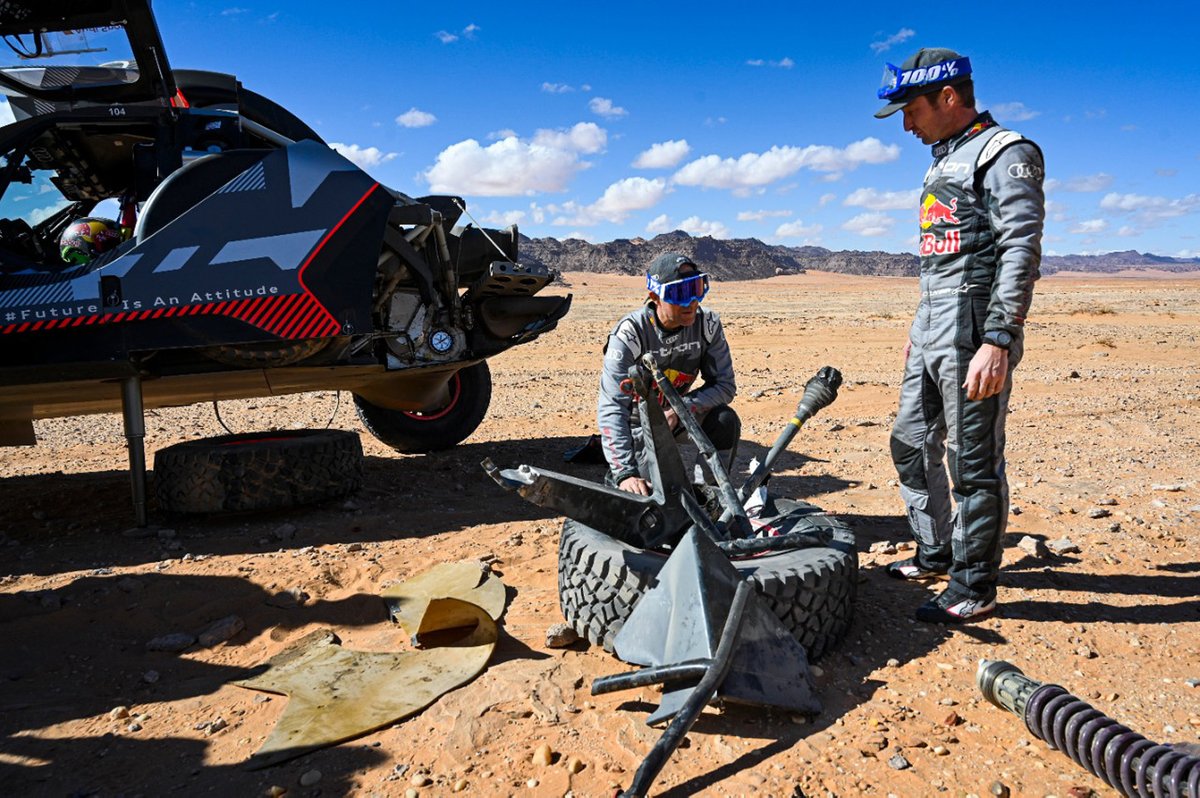