Audi has announced an all-star line-up comprising Stephane Peterhansel, Carlos Sainz and Mattias Ekstrom for its entry into the Dakar Rally in 2022 with an electric car.

Both 14-time winner Peterhansel and triple champion Sainz have been poached from the successful Mini squad run by X-raid, while Ekstrom has been a part of Audi fold for almost the entirety of his professional motorsport career.

The trio will be responsible for developing and testing the electric 4x4 prototype that Audi has been designing for more than a year in collaboration with Q Motorsport, led by X-raid boss Sven Quandt.

The car does drive on electric power, but the battery is recharged by a combustion engine derived from Audi’s now-defunct DTM programme.

“Stephane is the most successful Dakar driver of all time. Carlos is a multiple Dakar winner and World Rally champion. With Mattias, we already celebrated many Audi successes in the past. He is one of the world’s most versatile drivers.

“In addition to a lot of speed, they are all adding an extreme amount of expertise and motivation to our team. The same goes for their co-drivers, who play an increasingly important role in the Dakar Rally.”

“The Dakar is one of the last adventures in this world and it is on the verge of a radical change: the future is electric. In ten years, everyone will be driving electric cars,” said the Frenchman.

“The Dakar is an extreme test for this technology. We want to be the first team to win the Dakar Rally with an electric powertrain. I’m looking forward to tackling this very ambitious project with Audi.”

Sainz will continue to count on Lucas Cruz, with whom he has scored all three of his Dakar successes.

“Even at 59, I’m still hungry, otherwise I wouldn’t have taken on this new challenge,” said Sainz. “Even as a child, it was my dream to become a rally driver. My passion is unchanged”

“The Audi quattro changed the World Rally Championship forever. Now we are trying something similar at the Dakar Rally.

“The engineers have much more freedom in the Dakar Rally than in other racing series. I have full confidence in the Audi engineers and will try to help them with my experience to develop a fast and successful car.

“The Dakar is the ultimate challenge for an electric powertrain. It is a fantastic, extreme project. I can’t wait to test the car for the first time. What I’ve seen so far gives me confidence”. 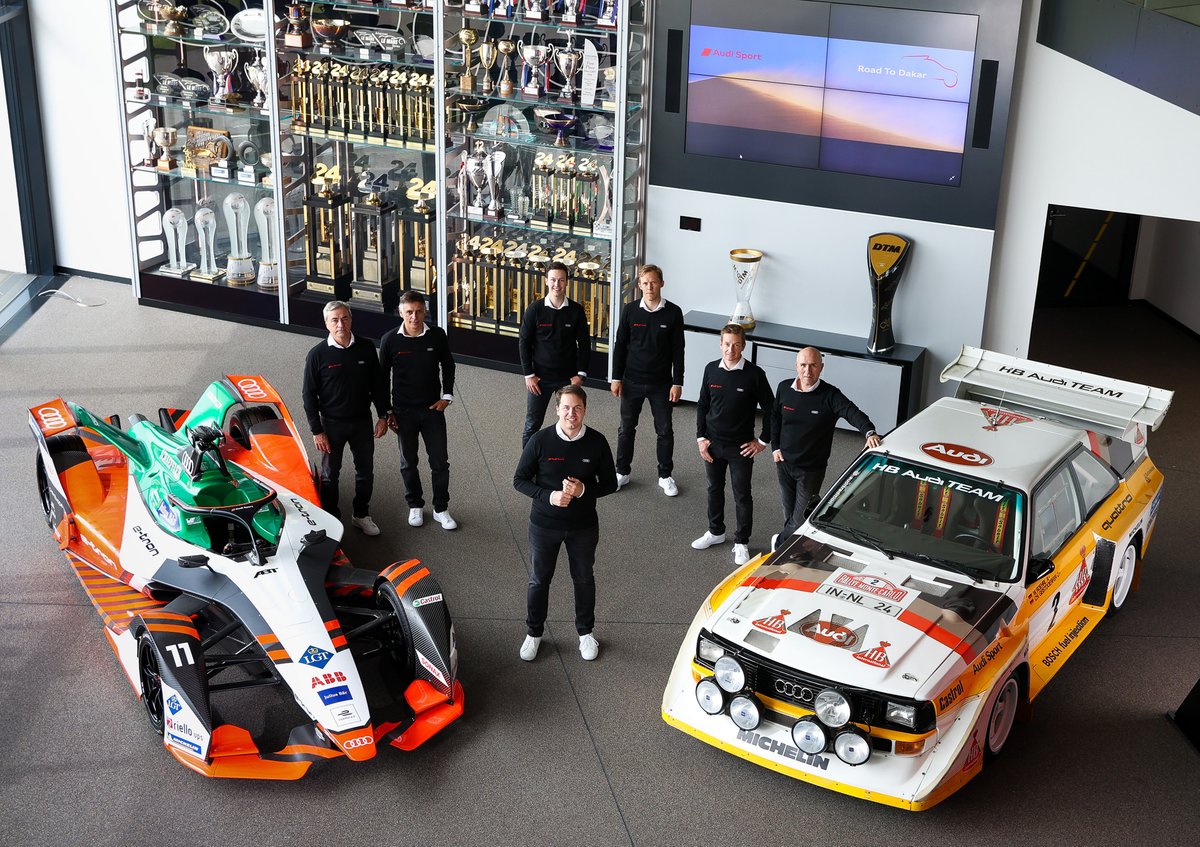 Ekstrom is best known for his two titles in the DTM with Audi, but also won the World Rallycross Championship with the German marque in 2016 and has several starts in World Rally Championship to his name.

He made his Dakar debut this year in the T3 category on a Yamaha YXZ1000R, but dropped out on Stage 7.

“The Dakar will definitely be one of the most exciting adventures of my career,” he said. “To be able to tackle this exciting project together with the team, with which I celebrated my greatest successes, is fantastic.

“Although I’ll be turning 43 this year, I feel like a junior compared to Carlos and Stéphane. In this sport, you need a lot of experience in all areas. I still have a lot to learn, but I’m really looking forward to it.”

Audi plans to debut its car at the Goodwood Festival scheduled for July 8-11 before beginning an intensive testing programme over the summer.

The competition debut will take place before the 2022 Dakar (1-14 January), although this is still to be determined depending on how testing and the pandemic unfolds.

The German manufacturer’s entry has already led to some complaints in recent months due to the regulations applied to its electric challenger, namely, bigger wheels, inflation-deflation system, wider chassis and longer suspension travel.