All of Maxxis Dakar Team make it safely through stage 7 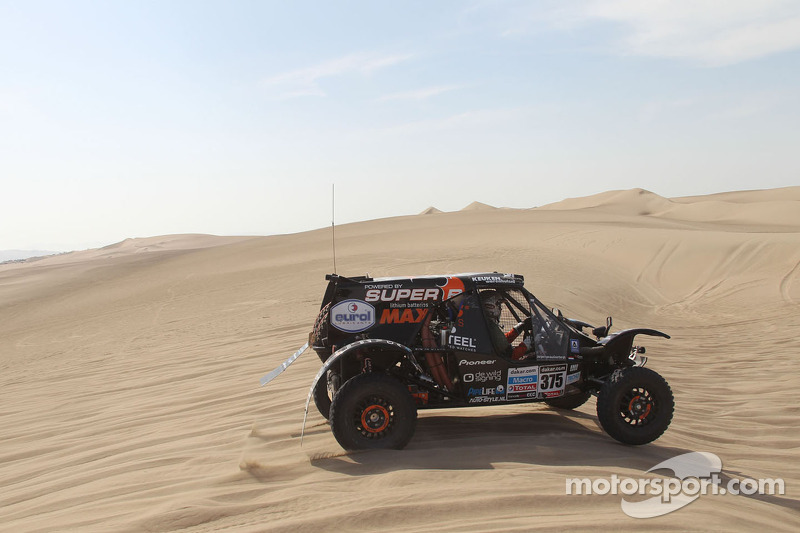 The run to the Andes had no support for the bikes and quads, so the team took it easy.

The Maxxis Dakar Team Powered by Super B started early in the morning to the connection stage which the participants on the Andes mountains to Argentina brought brought. 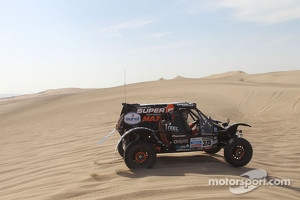 The cold and the high altitude made it a difficult crossing, but all team members came to well at the start of the test.

Sebastian Husseini and Kees Koolen did it quietly on the test because there was no assistance for the quads and motorcycles today. Jurgen van den Goorbergh and Tim Coronel made a reasonable day and finished both the trial already was the result not where they had hoped in advance.

Dakar 2013 is halfway and the whole team is still in the race and that is in itself an achievement.

No service for Husseini and Koolen


For Sebastian Husseini and Kees Koolen was the 7th stage a marathon stage what content that they sleep in a separate bivouac and that no assistance will be. Husseini and any damage or problems would itself have Koolen unloading without the help of the team and with the tools that they themselves have taken.

This decided The Maxxis Super B drivers no big to take risks on the 219 kilometres long trial and retained to the finish to drive. Husseini came as 6th on the finish line and came as 13th on the stripe. Koolen

The two buggies also remained during the 7th stage last keeping problems with the fuel supply. The buggy stores often wonder and because of this random happened and not in any particular situation, it is difficult to find a solution here.

The team works with man and power to a solution, but this is still not found. Tim Coronel and Jurgen van den Goorbergh reason from the stage, but a good result was very difficult.

Coronel finished the stage as 99th and van den Goorbergh just a place behind them. However, both drivers and they look Super B Maxxis positive every day forward to the next challenge.

Tim Coronel (99th): "It was a very beautiful stage today. The connection by the Andes mountains was really crazy! The weather at high altitude was good and therefore not very cold and that has not always been the case.

It was a fast trail today with many stones and rocks. Because of the rain were the paths be muddy, but it was fine to do.

I had some problems and the buggy fell often silent, but beyond that the stage went pretty well.

I have very quiet today to save the buggy a little driven and therefore was a nice result, but unfortunately we are there again. On to tomorrow!

Jurgen van den Goorbergh (100th): "Today was a pretty good day, if I just forget the technical problems. Today's stage was a beautiful though it was especially the connection route down to the bivouac very bad because of the rainfall.

Whole pieces of the road were washed away and that made driving on the connection often a bigger challenge than the trial itself. It was regrettable that the problems persisted so that there is not a good result in sat.

Yesterday I was late in the bivouac after I was driven into a hole. Well Yes, you can also call a ditch hole or just a large portion of the road that missed!

I damaged my suspension and my steering and it was a miracle that no major accidents have happened here and that not all of my wheels underneath from are broken. "

Kornelis Offringa and Rob van Pelt reason the 7th stage and quiet. Despite the problems at the buggies did they not take action today. The stage was difficult to drive because of the rains, but the Unimog kept himself well.


The stage of Salta to Tucuman is divided into two sections on time. The landscape will be very varied and the participants will discover the natural beauties of Argentina red and green.

The first 150 kilometers of the stage there will be like a Wild West environment. The second part of this last stage of the day of rest has a completely different character. The sand and the sometimes violent wind can the participants still handsome tricky.