Al-Rajhi mixes it with the big boys 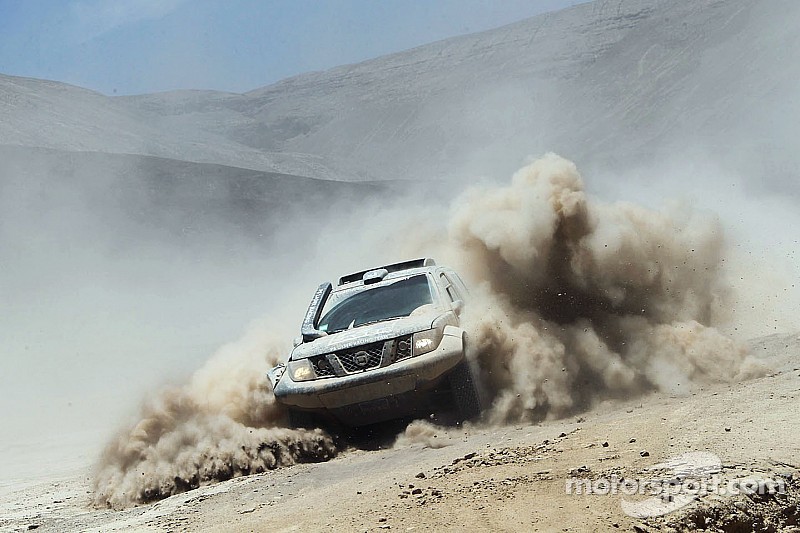 Yazeed Al-Rajhi has been impressive since the start of his maiden Dakar, but he had to wait until the eighth stage to claim his first win in the toughest rally raid in the world. This prestigious triumph confirms the talent of the Saudi driver, still very much in the running for overall glory.

Yazeed Al-Rajhi, who won the Rally of Egypt ahead of current leader Nasser Al-Attiyah, is not an unfamiliar name among fans of the sport. However, the Saudi tackled the challenge of his maiden Dakar humbly, with his sights set on a top 10 finish. What is for sure is that he did not expect to claim his first win at the end of the first stage of the prestigious stage through the jaw-dropping Salar de Uyuni.

Al-Rajhi has become more than just a new Dakar stage winner, taking on a new dimension today by moving up to within 18 minutes of Al-Attiyah in the general classification and keeping his chances open to win the Dakar in his first attempt.

He also netted Toyota its first win this year, an honour that seemed to have Giniel de Villiers' name on it after he outperformed the rest of the field in the first 746 km of today's special. However, the South African lost a few precious minutes on the last dunes before Iquique and conceded a few more seconds to Al-Attiyah.

Orlando Terranova, no longer concerned about the general classification, followed up on yesterday's victory with a second place in today's stage, 1′12″ behind the winner. Krzysztof Hołowczyc lost 3′12″ but capitalised on Bernhard ten Brinke's bad day at the office to consolidate his hold on fourth place overall.

Meanwhile, in the truck category, with five stages out of eight under his belt, Eduard Nikolaev and his Kamaz were once again head and shoulders above the rest in Iquique. His fifth win came with the added bonus of putting over eleven minutes into Gerard de Rooy on the finish line, pushing the Russian driver up to third overall behind teammates Ayrat Mardeev and Andrey Karginov and piling the pressure on them.