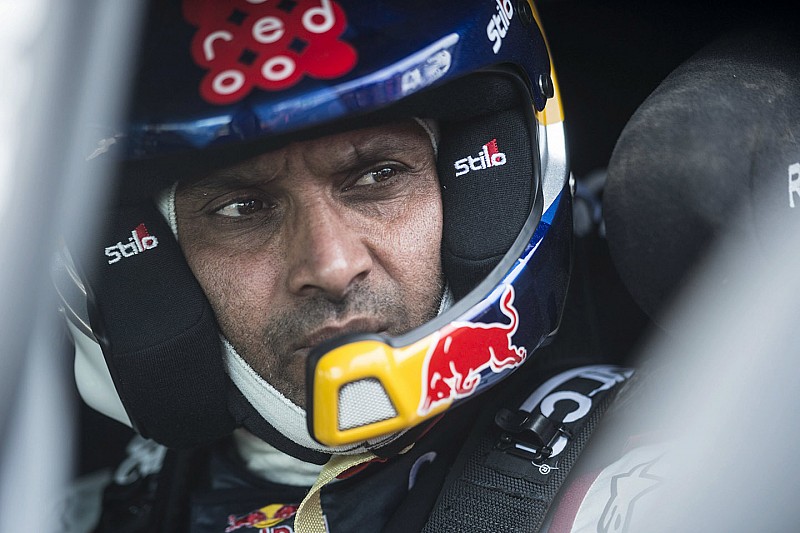 Nasser Al-Attiyah: “It was absolutely the right decision, this is for sure,”

Nasser Al-Attiyah, the world’s fastest Qatari and the winner of the epic Dakar Rally last year, was looking forward to getting stuck into the first proper stage of this year’s event today – but it was not to be for him, or any of the other 500-plus competitors in cars, trucks, quads and bikes scheduled to take the start.

Heavy rain between Rosario and Villa Carlos Paz not only covered many of the roads with thick mud, but even more crucially made it impossible for the medical helicopter to fly. As a result, the organisers cancelled the planned 258-kilometre stage, with the competitors instead diverted straight to the bivouac in Villa Carlos Paz, towards the west of Argentina.

I’m very happy to start fourth on the road for the long stage tomorrow,

Nasser and his co-driver Mathieu Baumel were disappointed, but understood and agreed with the reasons behind the stage cancellation. The free time even allowed the defending Dakar champion to take care of various media commitments, such as television interviews.

“It was absolutely the right decision, this is for sure,” said Nasser. “Safety must always come first. Although we did not do the stage and instead went on the liaison to Villa Carlos Paz, we had information from the marshals that the conditions were very bad: plenty of mud.”

With the leaderboard now frozen after the prologue stage yesterday, Nasser retains fourth overall after two days of the rally, just five seconds behind the leader. This means that he will start tomorrow’s 510-kilometre stage fourth on the road: more or less an ideal position.

“Actually it has worked out quite well for us,” said the MINI driver. “I’m very happy to start fourth on the road for the long stage tomorrow, as it means that we are in a good position there to push and try to win the stage. A lot can happen tomorrow, and I hope there are no more cancellations. But in the end the cancellation of today doesn’t affect the race at all, as it’s just the beginning of the Dakar and there is such a long way to go still.”

Villa Carlos Paz, where the Dakar Rally stops tonight, is familiar territory for Nasser as it used to be the home of Rally Argentina in the World Rally Championship, where the Qatari has tasted success in the past en route to the WRC2 title: just one of the many sporting successes (along with an Olympic medal in skeet shooting) he has on his illustrious record.

“It’s nice to be back here,” said Nasser, whose enthusiasm is never dampened by even the most torrential weather. “Tomorrow is another day, so for now we’ll just make the most of this experience and enjoy the weather!”

Tomorrow, the first car will leave the bivouac at 07:37, an hour after sunrise, heading further west towards Termas de Rio Hondo: the venue for Monday’s overnight bivouac.