After the desert, long live the dunes! 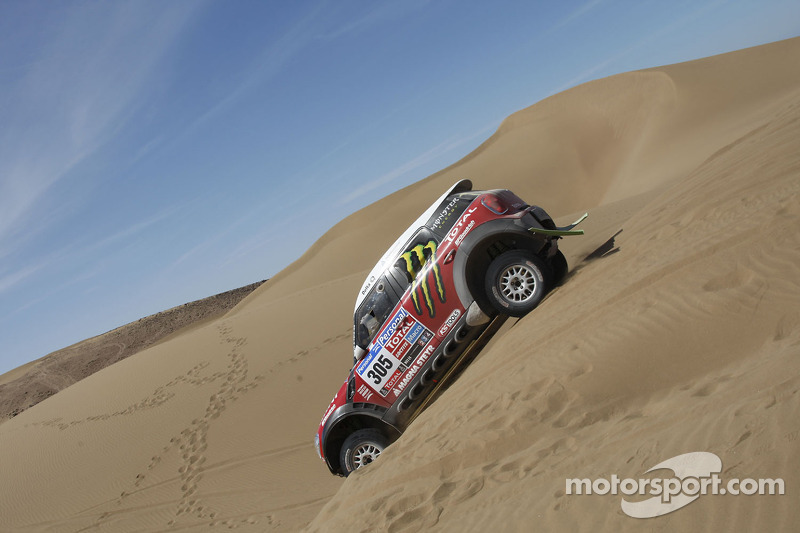 Following an accident during the rest day on the Dakar 2011, Guerlain Chicherit lost his place in the X-Raid team, then spent a good year in the racing wilderness. However, a proposition from Philippe Gache could breathe new life into the career of the former extreme skiing world champion on the Dakar.

Near Arica in Chile, the brand new Mini entrusted in January 2011 to Guerlain Chicherit required a several adjustments and tests, an episode which finished with the driver withdrawing from the rally in the middle of the rest day.

The sanction from the X-Raid team was immediate and accepted by the man from the Mountains. “When you do something stupid, you have to bear the consequences. 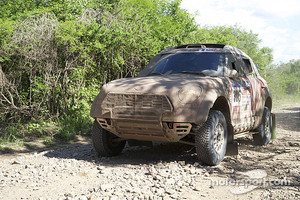 I can totally understand that they didn’t want me on board any longer,” remembers Chicherit, without a hint of bitterness, despite having to go through a very difficult period of his career.

“When you’re in a downward spiral, everything seems to turn out for the worst. But in the end, I battled my way back because I didn’t want to sink without trace and because I still think I’m a good driver”. Not only did sponsors continue to support him (Chicherit is still an ambassador for Mini and has now set up business in producing thrill-seeking videos), Philippe Gache also believed in him and contacted the “forgotten man” when choosing his leading driver for the 2013 edition: “I must admit that having driven for X-Raid, I underestimated the SMG Team a bit.

But when I went to carry out the first tests on the buggy in Morocco, I couldn’t believe it,” exclaims Guerlain, totally won over by the machine whose wheel he was behind.

“It’s a genuine off-roader, which goes very fast on bumpy terrains. I’m already sure that it is perfectly suited to my driving and that we will be able to put on a real show”. Obviously, powerful images and thrills will be on the menu.

However, for the driver who finished 5th in the general standings on the 2010 edition, the idea of crossing swords with the Toyotas and even the Minis is never far off: “It’s very tough to say how it will turn out, because we don’t really have any competitive benchmarks, so I don’t know exactly how the Mini has developed.

But I think we’ll be able to do ourselves justice. In any case, we’ll make sure there are fireworks!”

A sense of adventure…