The ASO has revealed the complete route for the 44th Dakar Rally that will take place in Saudi Arabia from January 1-14.

Just like the previous two editions of the event in the Middle East, the 2022 Dakar will feature a total of 12 stages over two weeks, with a rest day at the mid-point of competition in Riyadh.

The competitors across all main categories will cover a distance of 8375km during that period, 4258km of which will be timed in form of special stages and the remaining distance made up of the liaison sections.

The rally will commence on January 1 with a short 19km Prologue in Jeddah that will help determine the starting order for the next day’s opening stage proper in Ha’il.

From there the rally will head to Al Artawiyah for the first part of the marathon stage where competitors will be barred from receiving outside assistance from their crews.

The second part of the marathon stage will feature a 554km run to Al Qaisumah, before competitors leave for the capital city of Riyadh, which will serve as the venue for both the fifth and the sixth stage as well as the mid-rally rest day.

For the second part of the event, the rally will traverse Al Dawadimi, Wadi Ad-Dawasir and Bisha before returning to Jeddah on the final day.

The fourth stage will be the longest in terms of competitive distance, with participants clocking 465km between Al Qaisumah and Riyadh.

The 2022 Dakar Rally will also double up as the opening round of the new FIA World Cross-Country Rally Championship that was announced by ASO earlier this year. The event will also feature on FIM’s equivalent series for long-distance rallies.

As a result, for the first time in Dakar’s history, competitors who retire from the rally due to mechanical failures or crashes will be allowed to return the following day in a similar fashion to the World Rally Championship.

While heavy time penalties will prevent returning drivers and riders from fighting for overall wins, they will still be able to fight for individual stage honours and score points for the world championship.

Explaining the rationale behind the change, Castera said: “Last year we did it with the amateurs, but this year we will also do it with the top riders because it is a rule of the World Cup.

“We also do it so that they can continue with a very big penalty and score points. For the world championship you can score points at the end of the race and also at each stage. With that, we want to keep an interest in the championship until the end.” 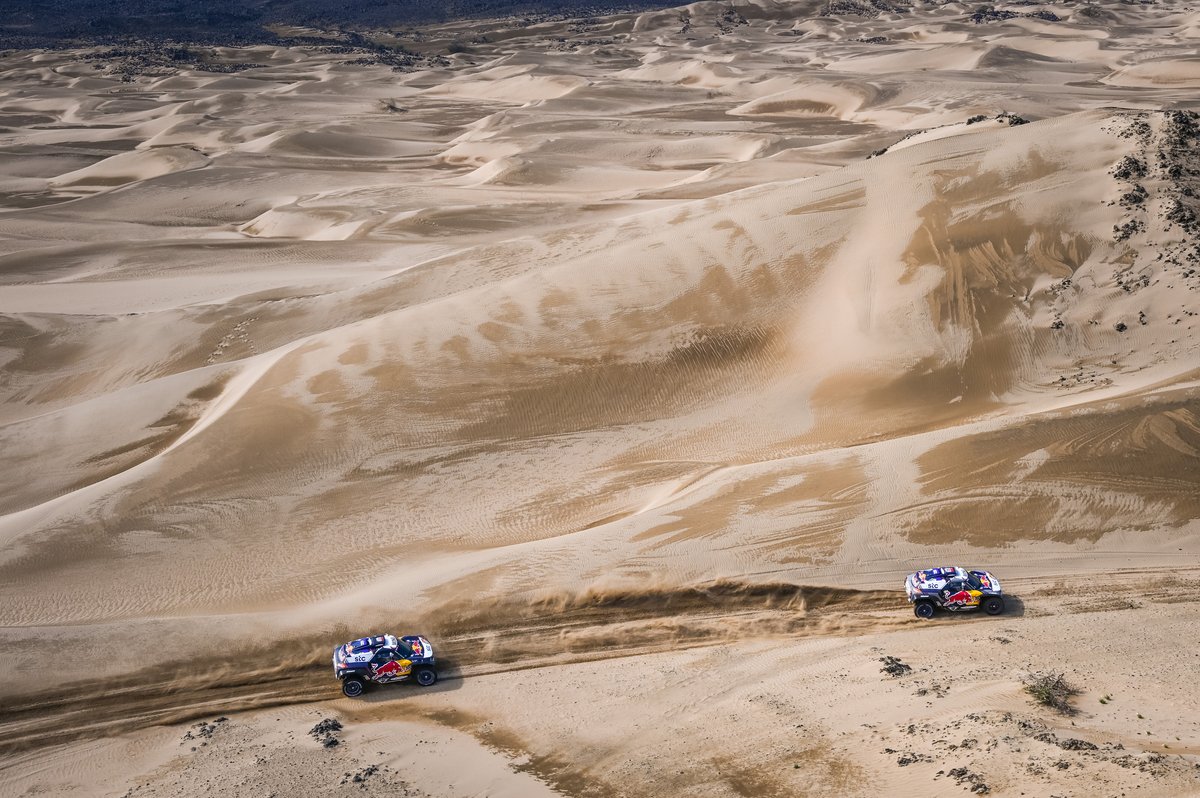 The exclusivity clause in Dakar’s five-year deal with Saudi Arabia expired after the first edition of the event in 2020, but ASO has been unable to expand to more nations due to multiple reasons, including the coronavirus pandemic.

Castera said while he’s satisfied with this year’s route, the ASO is still working to make Dakar a multi-country event again for the first time since 2018.

“With everything that happened in the last two years, we have postponed it, but it is still on our minds,” he said. “Saudi Arabia will remain the main country [in coming years], but we are working to expand out of the country.

“I'm not too sad about it because we have ingredients, we have 60-70% of a new route. The idea is to go out [of Saudi Arabia], we are still working on it, it will take two more years, but as we are now it's complicated to cross the border. It's a dream.”