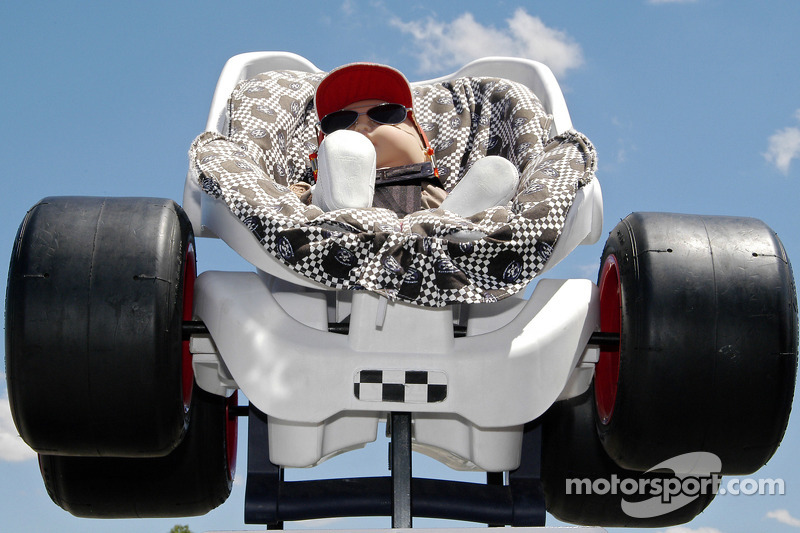 
(September 09, 2011) - Exclusive Formula 1 items – including signed clothing from Sebastian Vettel, Fernando Alonso, Lewis Hamilton and Jenson Button plus a picture signed by every driver and Bernie Ecclestone – are being offered in a charity auction to help raise funds for the Castleview School in Stirling, Scotland.

... be given to his friends, by providing them with interactive equipment in Ethan's honour.

The charity effort is being made in memory of Ethan Batchelor, son of F1 photographer Russell, who died suddenly in April 2011.

Ethan was a beautiful, cheerful eight-year-old boy, who died suddenly in April 2011, having spent extended periods in intensive care with severe physical, visual and medical difficulties.

Ethan suffered from a very rare, life threatening condition – Congenital Disorder of the Glycosylation (type 1a) – for which there is no-known cure. Despite having the most severe case in the UK, and specialists saying he had, at best, just a 50% chance of surviving to 18 months – he showed amazing courage to live life as best he could.

The Ethan Batchelor Fundraising Appeal is aimed at providing his schoolmates at Castleview School with much-needed interactive equipment.

Castleview School is operated by the local authority and provides education for young children with a range of severe and profound additional support needs. Therefore all of Ethan's friends at Castleview School would benefit from the specialist equipment that can be bought from the proceeds of the auction.

Speaking about the auction, Russell Batchelor said: “It would be a great comfort to know that, out of the great loss of our dearly precious son, much stimulation and fun can be given to his friends, by providing them with interactive equipment in Ethan's honour.”

Details of the auction can be found at |Castleview F1

The auction will start on September 9, which would have been Ethan’s 9th birthday, and finishes on the evening of September 18.

F1 teams have kindly offered their assistance for the auction.

Editor's note: Russell Batchelor is one of the Motorsport.com photographers who provides the amazing photos of all Formula One races.