Viladoms and Schlesser triumphant on second stage of Pharaons Rally 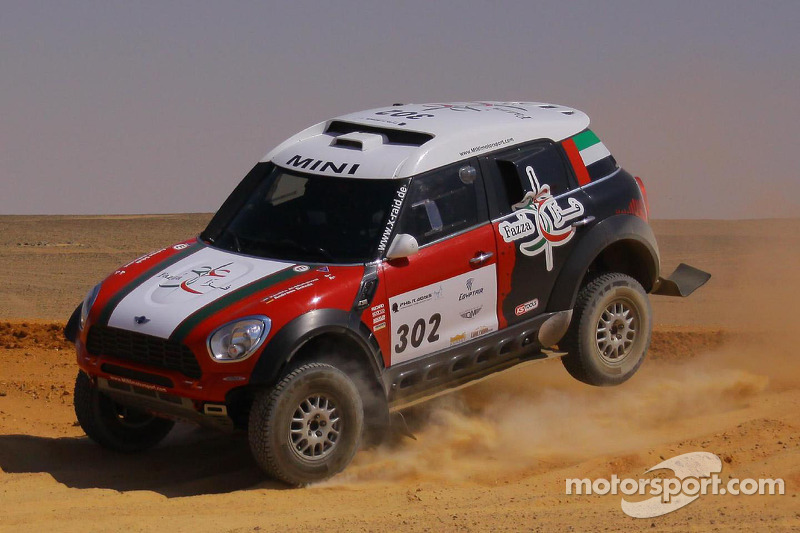 The second stage of the Pharaons Rally didn’t see any significant changes in the motorcycle category. Even if the day’s special stage was increasingly difficult as it wore on, both in terms of terrain and navigation, the top riders all took it in stride. Amongst the cars, the gap between Khalifa Al-Mutawei and Jean-Louis Schlesser was reduced notably, thanks to a fairly dominant win by the Frenchman. 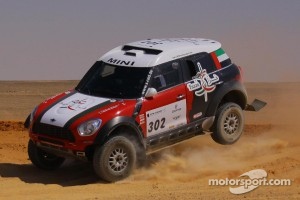 Jordi Viladoms (KTM - Bordone Ferrari) ran a nearly perfect stage today. We say nearly because the Catalan rider started very strong in the first part, before losing a little concentration later on. As he explained in his usual calm and direct way: “The second part of the stage was faster than the first. I left the refueling point with a thirty-second lead on the others, but Barreda and Goncalves were able to catch me. I was impressed by their speed, as their bikes were going at least 10 km/h faster than mine. That distracted me a little bit.” That said, Jordi still won the 307 km stage with an advantage of 1'12'' over Jakub Przygonsky (KTM – Orlen team), another rider who was fast in the first half of the stage, “but they lost me towards the end,” the Polish rider explained.

One reason why Joan Barreda finished fourth, behind Goncalves, is because they wandered off course toward the finish of the stage, where Viladoms was instead impeccable. Pal Anders Ullevalseter had a good day, finishing fifth, the same position he occupies in the overall standings, ahead of Bolivian rider Juan Carlos Salvatierra.

Diocleziano Toia maintained his lead among the Italian contingent, tenth on the stage and ninth overall.

Among the quads, Polish rider Lukasz Laskawiec won the stage ahead of his compatriot Rafal Sonik, moving up to the head of the overall standings. Camelia Liparoti, the only woman racing a quad or bike, ran another courageous stage today, taking third place on her Yamaha Raptor.

Auto: Schlesser applies pressure Of the 21 minutes that separated Khalifa Al-Mutawei (Mini All4 X-Raid) from Jean-Louis Schlesser (Buggy Sonangol), only 5’40’’ now remain. The driver from the Emirates lost his first pursuer, Régis Delahaye, but another one took his place... Patrick Sireyjol marked him close for the entire stage, setting the second fastest time in the process, and moving up to third place overall. “It was a trouble free day,” the driver of the SMG Buggy said, with a very telling smile on his face. Boris Gadasin continued his strong run with a fourth place finish for the stage, following yesterday’s retirement of his Team G-Force teammate, Vladimir Vasilyev, because of an engine problem.

There was also tough news for Team Sixt Ukraine: a broken gearbox on his Toyota LC 200 prevented Vadym Nesterchuk and Laurent Lichtleuchter from continuing their race.

With the second stage now complete, the suspense is greater than ever amongst the cars. The class of Jean-Louis Schlesser’s driving is indisputable, and what he did today behind the wheel of his two wheel drive buggy is only the latest demonstration of that fact: the Frenchman finished his charge with a 9'44'' lead over Sireyjol, and an impressive 16'07'' on Al-Mutaiwei.

Team Dessoude came to the fore today with the Italian crew of Michele Cinotto and Fulvio Zini, finishing fifth. Also worth noting was the performance of Japanese driver Jun Mitsuhashi, navigated by Frenchman Alain Guehennec, seventh ahead of Nicolas Gibon-Akira Miura, both at the wheel of Toyota VDJ200’s for Team Land Cruiser Auto Body.

Tomorrow is the third stage of the 2012 Pharaons: from Tibniya to Abu Mingar, with a daunting 426 km special stage and 159 km transfer. It’s the longest stage of this year’s rally.