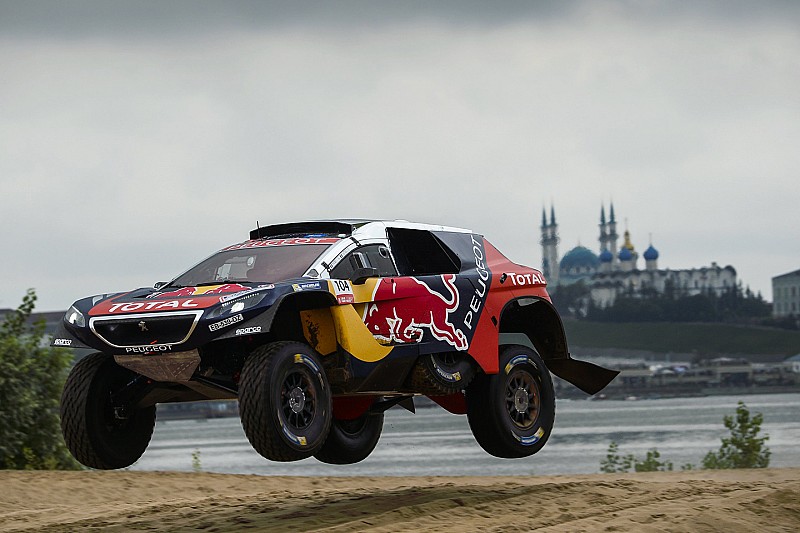 Peugeot's Cyril Despres has arrived at the rest day of the 2016 Silk Way Rally in the lead, with teammate Sebastien Loeb his closest rival eight minutes back.

However, the French marque's reigning Dakar winner Stephane Peterhansel is no longer in contention, losing almost nine hours after rolling his 2008DKR16 during the fifth stage.

Peterhansel had topped the timesheets after the 2km prologue in Kazan, but, with the second stage cancelled, it was Despres who led the way in the first timed marathon run on Day 3.

Recovering from two punctures in that stage, Peterhansel was comfortably quickest through on Day 4 – which was shortened for rain washing out the pathway – and thus retook the lead from Despres, the latter handicapped by having to run first on the road.

But after Peterhansel rolled, Despres was back to first place, although his lead would go from 14 minutes to just eight on Day 6.

Only a third of the Day 6 stage was actually run – due to rescue helicopters being unable to take off In severe rain – and the honours went to Damen Jefferies in the self-built Jefferies buggy, the American still a full hour off Despres in the general classification.

Having placed third in four of the five stages so far, Loeb is Despres' closest rival, albeit Mini trio Vladimir Vasilyev, Yazeed Al-Rajhi and Aidyn Rakhimbayev are all within striking distance of the nine-time World Rally Champion.

Meanwhile, the Truck category is headed by Kamaz driver Eduard Nikolaev, with six representatives of the Russian marque in the top seven.

After the rest day, which takes place in Almaty, Kazakhstan, the Silk Way Rally entrants will complete nine more stages, arriving at the finish line in Beijing on July 24.

Peugeot on top at rest day