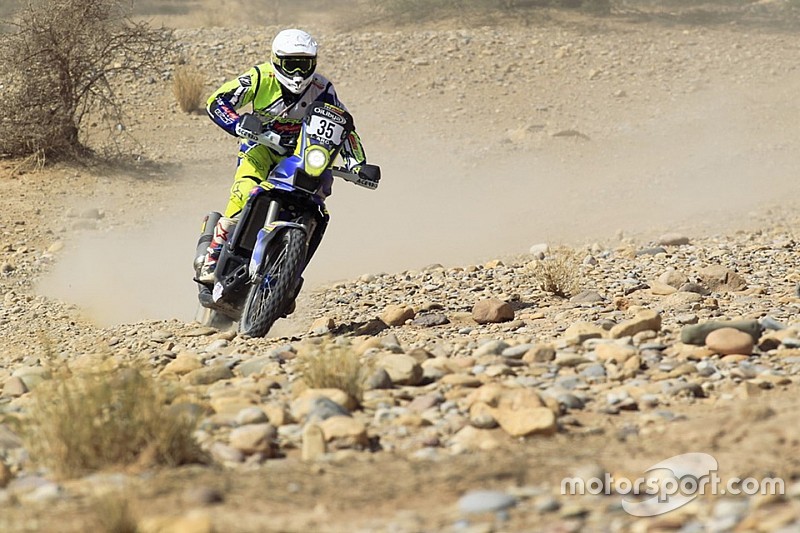 The fifth Erg Chebbi stage ran for 210 km in Morocco, with the riders completing a total of 1885 km (including liaison) in the six days of running to end the 2016 edition of Olibiya Rally.

On his RTR 450cc machinery, the Indian completed the whole rally in 17hr16m27s, about four hours behind overall winner KTM's Toby Price.

With Santosh missing half day's running in Leg 3, Aravind thus finished as the lead Indian rider at 25th overall, with 19th in the FIM category and 17th in the 450cc standings.

“I am thrilled to complete this rally. Every stage was quite challenging, physically and mentally but I managed to use all the training experience especially while navigating to stay in the race," he said.

"Also the Sherco-TVS engineers ensured my motorcycle didn’t face any major issues. This rally was a fantastic learning ground and now Dakar is next.”

Meanwhile, the Indo-French collaboration of TVS and Sherco won the Indian team battle, as Joan Pedrero finished eighth overall, only 37m40s behind Price.

Elsewhere, Santosh staged a good comeback after technical issues to finish 57th overall, 37th in FIM and 31st in 450cc categories after incurring a total of 14h15m of penalty time.

"Today, I tried to go fast to make up positions. I made a few navigation mistakes and eventually lost some time," he said.

"Overall it's been as tough as expected, but there has been a lot of positive learning. It's good to have problems now instead of having them in January.

"Going to the Dakar we should have a better run and stay out of trouble. It was a lot of valuable time on the motorcycle," he added.

His Portuguese teammate Joaquim Rodrigues in his debut rally year ended a fine 15th overall, with 14th in the FIM and 450cc category respectively, finishing just under two hours behind the winner.

"We learnt a lot [in this rally] and I am coming to terms with all the things that happen during such a high-profile event," he said.

"It was a really solid rally for me and we made it to the finish with a good result - an excellent preparation for the Dakar.

"I was able to finish every stage and I am very pleased about completing my first world championship rally," he added.

Up front, KTM's Price fought back to displace teammate Sam Sunderland from top slot to win by a margin of 7m44s on the final day of running.