Alonso crashes out of third stage of Morocco Rally 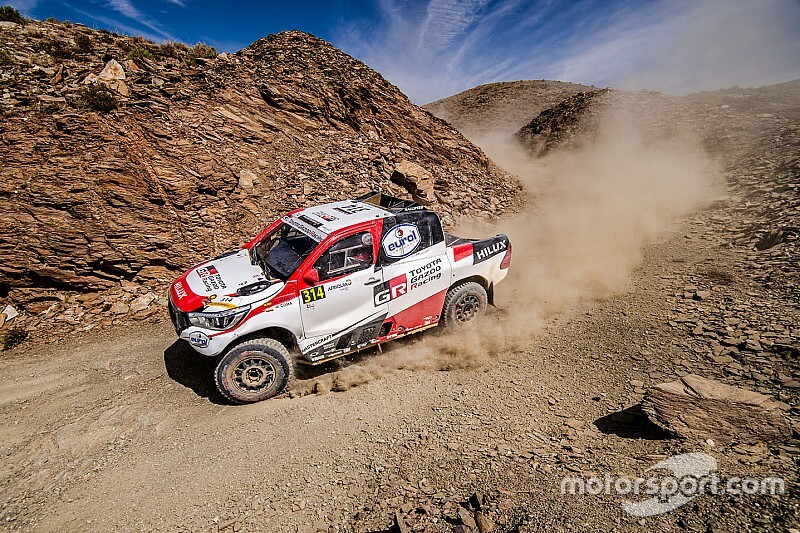 Two-time Formula 1 world champion Fernando Alonso crashed out of the Morocco Rally on the third stage of the event on Monday.

The Spaniard and co-driver Marc Coma were forced to retire from the stage after breaking the suspension of their Toyota around the 75km mark of Monday's stage.

Alonso hit a hole that caused heavy damage to the front suspension of his Hilux.

The duo stopped near the road back to Erfoud and was waiting for Toyota's assistance to return to the bivouac.

The team confirmed to Motorsport.com that both Alonso and Coma were unscathed in the accident.

Toyota hopes to repair the car in order to allow Alonso to complete tomorrow's stage and allow the Spanish driver to continue to get experience in off-road racing.

The area caught out other drivers as well, with Alonso's teammate Bernhard Ten Brinke also damaging his car. Polish driver Aron Domzala also rolled his Can-Am at that point.

Alonso had moved into the top 10 after yesterday's second stage of the rally.