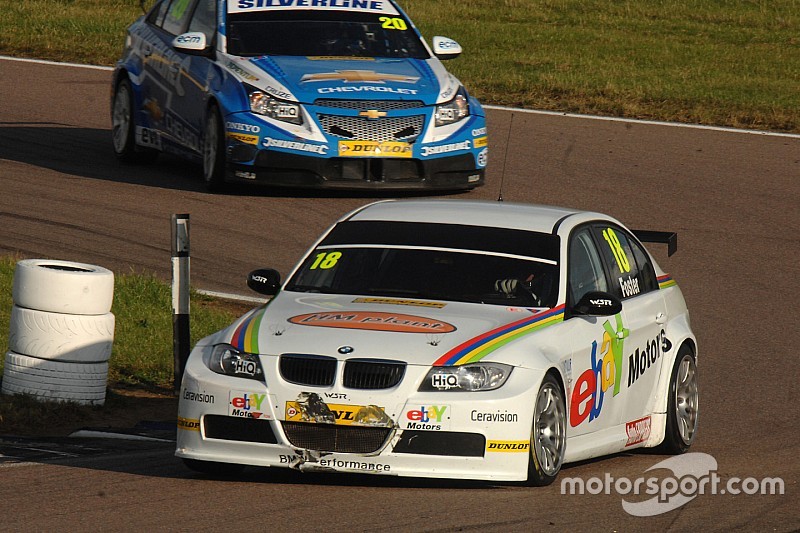 Nick Foster will step in for Andy Priaulx at West Surrey Racing for the Rockingham round of the British Touring Car Championship.

Priaulx, who sits sixth in the standings, is forced to skip Rockingham due to commitments in the European Le Mans Series.

His replacement Foster, 49, previously drove for WSR in the BTCC from 2011 to 2014, securing his only podium in his debut campaign and finishing a career-best 11th in the standings in 2012.

The Briton had retired from the BTCC at the end of last year, but has decided to make a one-off return.

"I can’t wait to work with our championship winning team again and look forward to seeing many familiar faces and old friends in the BTCC paddock," Foster said. "It will be serious business over the weekend, however, as I hope to help the team in their battle for constructors’ and teams’ honours."

With Priaulx skipping a round, WSR's main drivers' championship hopes lie with Sam Tordoff, who is just two points behind the three-time WTCC champion.

Coming into Rockingham, WSR are third in the constructors' standings and fifth in the teams' championship.

"It’s great to welcome Nick back to the BTCC and he’ll always be a part of the WSR family," said team boss Dick Bennetts. "People wouldn’t believe the number and calibre of names that wanted to drive for us next weekend, which made for a really tough decision.

We would like to thank everyone for their interest but Nick is quick, hugely experienced and knows how to get the job done in the BTCC. We need a driver who we can trust and hopefully score some solid points at Rockingham – we’re confident Nick is that man."