Win shows how far I have come, says Morgan 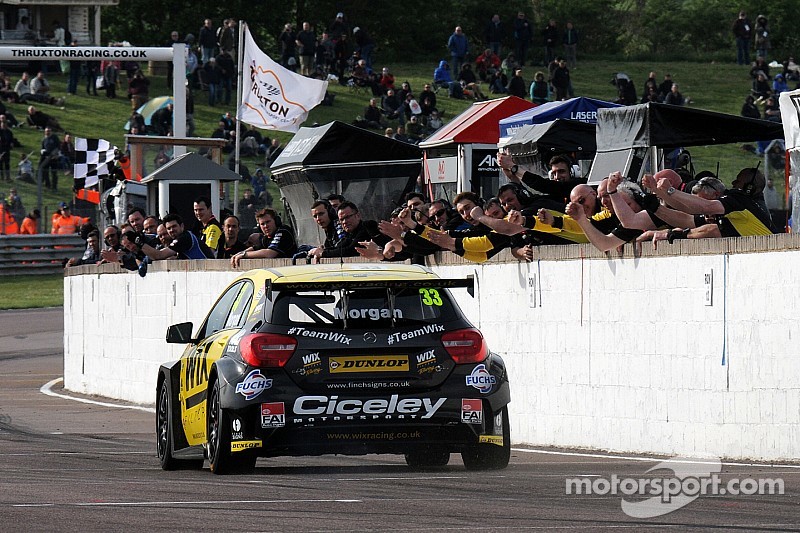 Adam Morgan says taking his first BTCC win on merit shows how far he has progressed as a driver, having gained a reputation for being a regular crasher in his first season.

The 26-year-old endured a difficult time during his maiden BTCC campaign in 2012, when he scored points in just 12 out of 30 races and became renowned for his frequent crashes.

Since then however, Morgan - one of only two driver to have scored points in every BTCC race this year - has shed his reputation for shunting and has matured into one of the series' most consistent drivers, taking his first on-the-road victory in the final race at Thruxton last weekend.

"I pride myself on my consistency," Morgan told Motorsport.com after his triumph. "I've turned it around from my first year, which was a disaster in terms of my finishing record.

"The criticism I received then helped to focus my mind. It was a very steep learning curve, but I was basically trying too hard.

"What I've achieved more recently shows you just how much I've come on as a driver since that first season."

Following the second win of his BTCC career, Morgan is keeping expectations for the rest of 2015 in check, targeting independents' glory rather than a tilt at the overall title.

"It's still very early on in the season," he said. "I'm just keeping my head down and focusing on keeping the points ticking over.

"We're second in the independents' standings, only four points behind Colin Turkington, so winning that is my main aim. As for the main championship, a top five finish would be great.

"That said, I'm relishing the challenge of taking on the big teams - I like being the underdog."