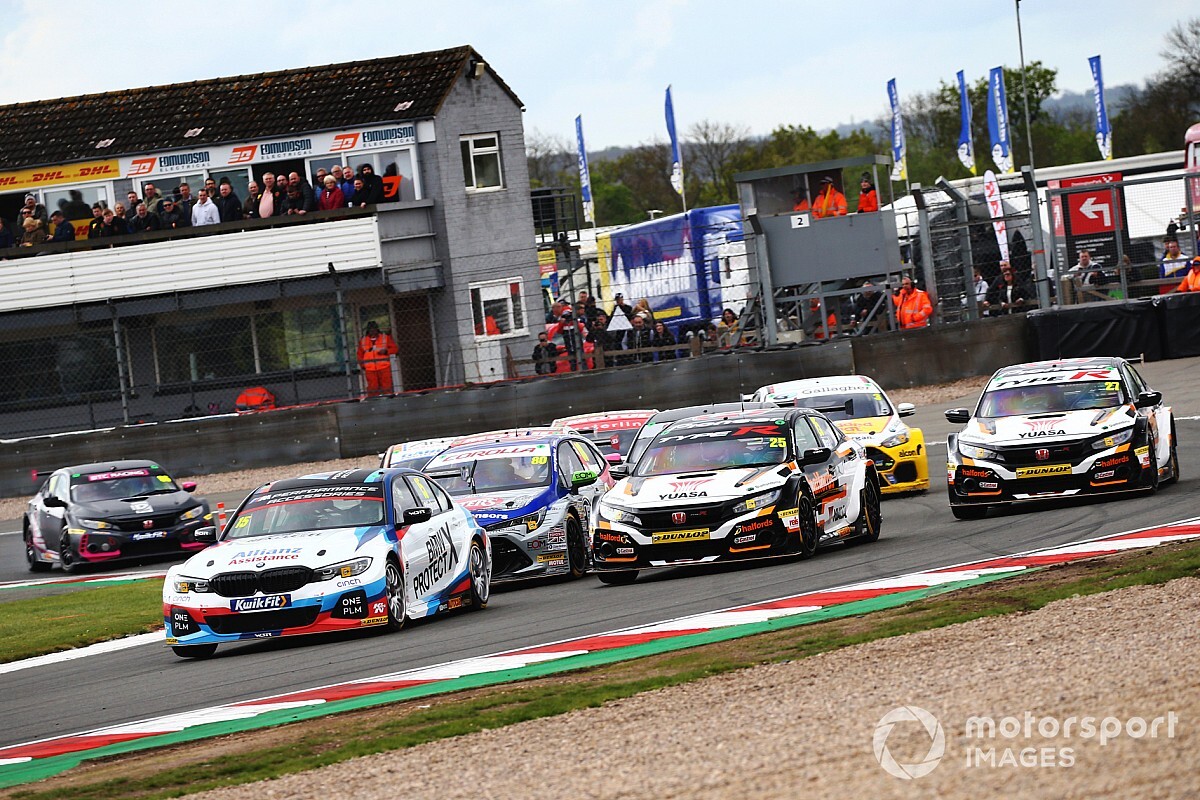 No spectators will be allowed into the first British Touring Car Championship meeting of the season this weekend at Donington Park after all, following a decision by the UK government.

The opening round at the MotorSport Vision venue was originally intended to have a limited number of spectators as UK motorsport resumes following the coronavirus pandemic. A raft of safety protocols have been put in place at all MSV venues since they reopened in April for testing and track days, including social distancing measures and hand sanitiser widely available.

UK national meetings have taken place since the start of July, with MSV becoming the first circuit operator to open its doors for spectators shortly after the resumption of racing.

However, MSV announced today that under government guidelines this weekend's event is considered an elite sport which means that it has not been given permission to open its doors to the public.

"We have worked closely with North West Leicestershire District Council and Leicestershire County Council on our plans to welcome spectators to the BTCC event this weekend," said an MSV statement. "A multi-agency Safety Advisory Group approved MSV's Covid-Secure policies and confirmed its support for our plans for the opening round of BTCC at Donington Park.

"This approval was subject only to the Department for Digital, Culture, Media & Sport (DCMS) being satisfied that BTCC is not elite sport. Regrettably, following consultation, DCMS has confirmed today that this is not the case.

"This decision has nothing to do with MSV's comprehensive Covid-Secure procedures for keeping our customers and staff safe, but requires that an event including a round of BTCC, as the leading car championship in the UK, must follow the government's five-stage elite sport pathway with spectators presently unable to attend.

"The majority of our race meetings fall outside of this definition and are unaffected. We are clarifying the position for other BTCC events on MSV circuits and will communicate an update soon."

The BTCC is due to race at Brands Hatch and Oulton Park – both MSV venues – on the 8/9 and 22/23 August respectively.