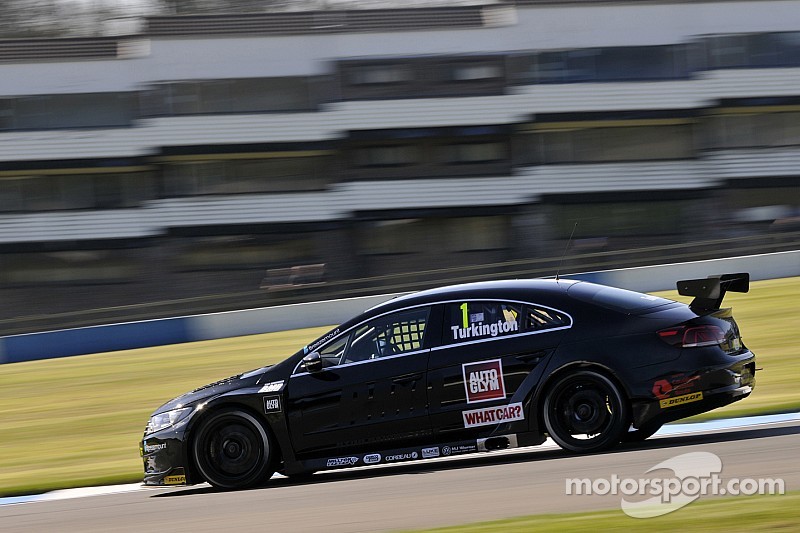 After setting the fastest time in both practice sessions, Plato was the early pacesetter in qualifying, the Team BMR driver beating his own best effort from earlier in the day by one thousandth of a second with a 1m09.552s.

It was a benchmark that would remain unbeaten for some time, until Turkington, who had been third quickest in the opening stages, was able to string together a lap 0.069s quicker to seize pole position from his teammate with seven minutes of the session remaining.

"I’m really pleased to get my first pole with the Volkswagen," said Turkington. "It’s a nice confidence boost that I’m doing the right thing. I managed to get the car just to my liking in practice, which was the key to my time."

Plato threatened to respond when he set the best first sector moments later, but was unable to depose the Ulsterman after losing time later on in the lap, and later set the quickest second sector only to again fail to beat his own personal best.

Shedden then demoted Plato to third in the dying stages, putting his works Honda Civic Type-R on the front row with a time 13 thousandths quicker than Plato and 0.056s adrift of Turkington.

Adam Morgan managed to secure fourth place late on at the wheel of his Ciceley Racing Mercedes, demoting the Triple Eight MG of Andrew Jordan to fifth.

The session was interrupted by a brief red flag period at the halfway stage, when Brands Hatch poleman Andy Priaulx pulled his WSR-run BMW 125i off the track with mechanical failure.

The Guernseyman will therefore have to fight through from 23rd on the grid in the first race on Sunday, four places behind teammate Rob Collard, who also struggled for pace.