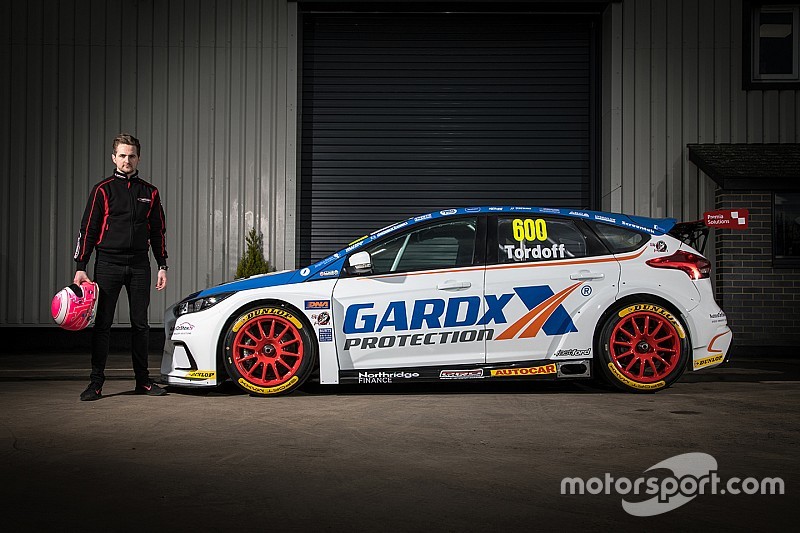 Sam Tordoff will return to the BTCC this season driving a Motorbase Performance Ford Focus RS.

Tordoff, who was second in the points in 2016 to Gordon Shedden, will drive a Gard-X branded Focus alongside the Shredded Wheat-backed Motorbase machines of Tom Chilton and Mat Jackson.

The 28-year-old took a year away from the BTCC in 2017 and drove in the British GT Championship alongside Liam Griffin in a Barwell Motorsport Lamborghini Huracan. He finished fifth in the points.

The Yorkshireman said: “After losing the championship in 2016, I needed to just take time out: I needed to refresh.

"I didn’t even look at the BTCC for the first half of 2017, when I was doing GTs. Then I started to watch it again and I realised I had an itch to scratch.”

“I wanted to see if it was the right way for me to go," Tordoff added. Once I drove those cars, I knew it was. I would only come back if I had a chance of winning, and Motorbase gives me that.

“I definitely have unfinished business in the BTCC. There’s one thing I need to come back for and that’s the drivers title.

"Having missed out on it by such a close margin, I wanted to come back in a situation that was enjoyable for me and in an environment where I fit in with the team and I’ve found the perfect solution with Motorbase.”

Team boss David Bartrum said: "Sam stepped away from the BTCC at the peak of his career to go off and do something else, he’s got that out of his system now and he’s ready to come back and fight for the drivers’ title now.

"I’m very proud of the fact that he’s chosen Motorbase as the team to come back and carry on where he left off in 2016.”

The gritty making of a tin-top prodigy