British Touring Car Championship veteran Tom Chilton has joined Excelr8 Motorsport for the 2022 season to race a Hyundai i30 N.

Chilton, who this year celebrates the 20th anniversary of his BTCC debut, lines up alongside regular title contender Tom Ingram, fellow new recruit Dan Lloyd and one other driver yet to be confirmed at the Suffolk squad.

It will be the fourth different car in four seasons for Chilton, who has made 414 BTCC starts and took a best championship finish of third in 2018, the year after he claimed an identical position at the end of his six-year stint in the World Touring Car Championship.

The 36-year-old spent last year at the helm of a Ciceley Motorsport BMW 330i M Sport, but professed to not adapting to rear-wheel drive as quickly as he would have liked, and has therefore moved back to his natural habitat of front-driven machinery.

“I’m going back to what I know with a front-wheel-drive touring car,” said Chilton.

“There were a lot of teams interested in doing a deal for this season in both the BTCC and elsewhere, but having spoken to Justina [Williams, Excelr8 team owner], it was clear to see how serious the team is about winning – and that is backed up by the strong commercial partners that are in place.

“There is so much work that has gone into putting the right people in place, from the engineers behind the scenes to the drivers in the cars, and I think we’ll all be able to work together to help the team move forwards again this year.

“I’m particularly looking forward to working with Tom as I feel he is a quick driver who has a similar driving style to me and with our experience, and the speed that Dan has also shown in the past, I believe we already have one of the strongest line-ups on the grid.” 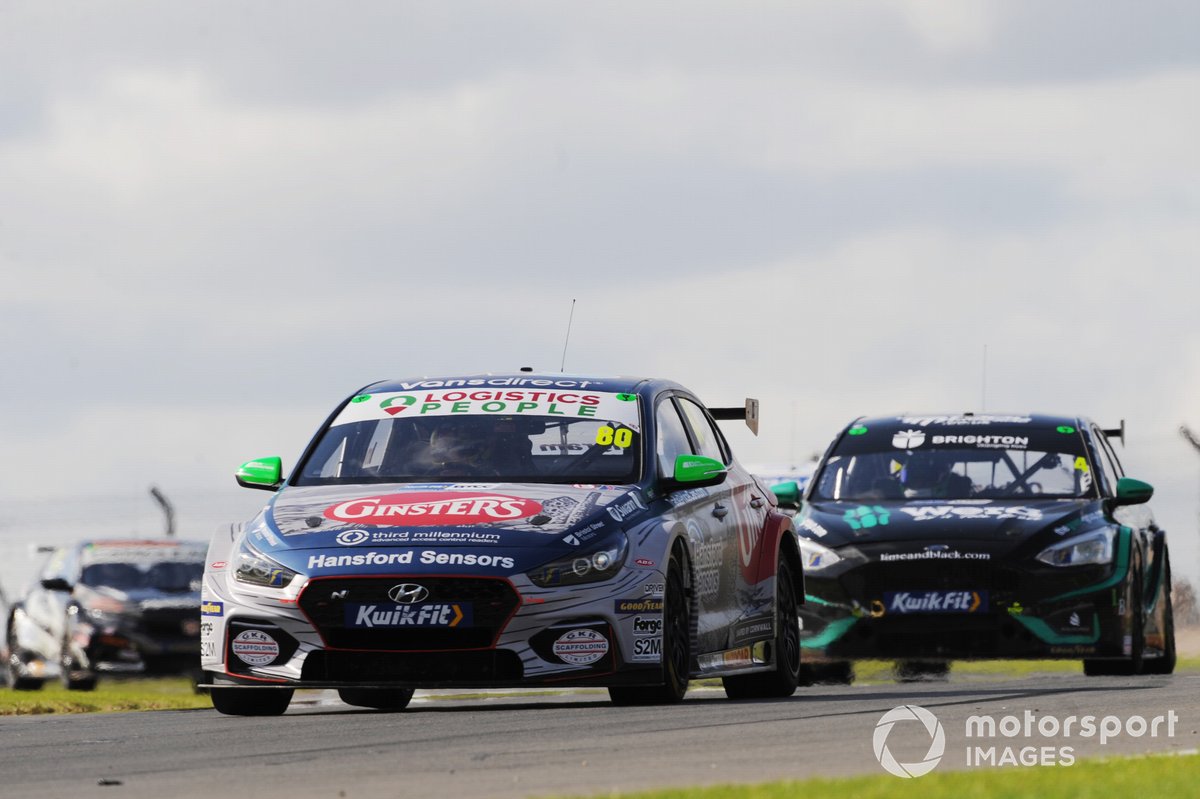 Chilton also raced a four-wheel-drive car last year in the electric Pure ETCR series with Hyundai, and feels that this will stand him and Excelr8 in good stead as the BTCC moves to hybrid power this season.

“The new hybrid system is going to mix things up a bit this year, but I feel the experience I gained last year in ETCR is something that will give us an advantage,” he added.

“I was working with some of the smartest guys in the business and was able to learn a huge amount that we can try and benefit from this season, particularly early on when everyone is trying to get up to speed.”

Williams said: “Tom brings a lot of knowledge to our programme for this season as we seek to build on the success we enjoyed last year, particularly when it comes to the hybrid system, as how you manage that element of the racing is going to be key this year.”

Chris Smiley continues to be tipped to stay on at Excelr8 for a third season in the remaining seat, while Rick Parfitt Jr, who undertook his rookie BTCC campaign with the squad last year, has been linked with the final berth at the Laser Tools Racing Infiniti squad.