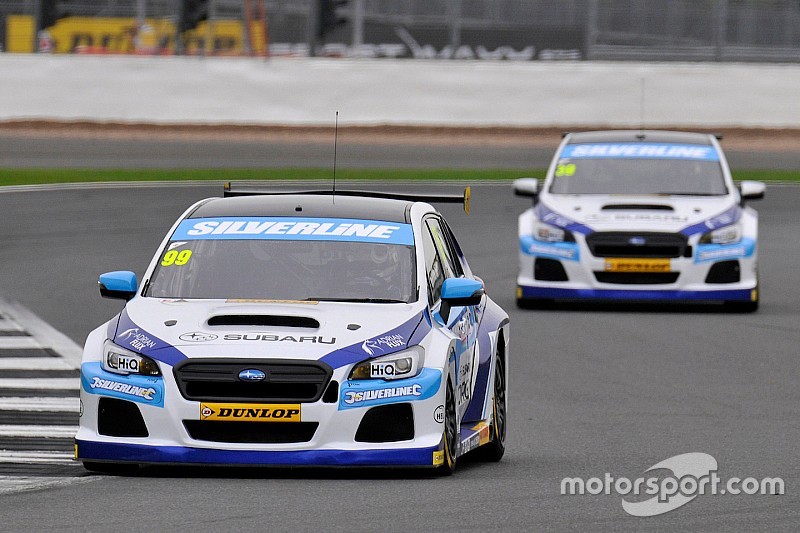 Ash Sutton will join the Team BMR Subaru BTCC outfit alongside Jason Plato and James Cole for the 2017 season.

Sutton, 23, won one race and claimed the Jack Sears Trophy for rookies during his maiden campaign in the BTCC last term with the factory-backed MG operation.

Two-time champion Plato is remaining with Team BMR for a third season, while Cole returns at the wheel of the rear-wheel-drive Levorg machine for a second year.

Sutton, who took two pole positions on his way to 13th in the overall standings last year, was a product of the BMR academy.

He raced under the team’s colours in the Renault UK Clio Cup Championship in 2015, which he won, before stepping up to the BTCC in 2016.

“Not for one second did I think that two years down the line from signing for Team BMR, I would be a part of the BMR factory team, let alone with such a newly-bred BTCC manufacturer as Subaru,” said Sutton.

“I thought I had hit the jackpot in my debut season in securing a manufacturer drive with MG, but now being a part of Subaru, and the package that comes with that, has certainly topped it for me.

“Last year I accomplished all of the personal goals I had set for myself, I know 2017 is going to be hard, but I feel I have all the correct tools to move those goal posts and set myself some bigger challenges.”

Plato welcomed Sutton to the team, adding: “We have a fantastic new addition to the driver squad in young Ash Sutton, I’m certainly expecting him to be right in the thick of the action.”

Team BMR has given no indication as to what will happen with its fourth TOCA BTCC Licence (TBL) to compete, and that is the only spot left on the British Touring Car Championship grid for 2017.

Team boss Warren Scott has competed in the championship since 2013 and drove one of his team’s Subarus last season, but sources suggest he is undecided regarding a driving role with the team this year.

He could take part in a half-season, leaving the seat open for another partly-funded driver to contest the rest of the campaign, or the fourth car could not run at all.

If Team BMR takes the latter option, it would permanently lose its fourth TBL, as the ‘transfer window’ by which time the TBL could be loaned or sold to another team with the approval of series director Alan Gow has long passed.

TOCA would not reissue the TBL to another team for 2017, and would therefore retain control of that licence.

Alan Gow to step down from MSA role