Subaru will be car to beat in 2016, says Austin 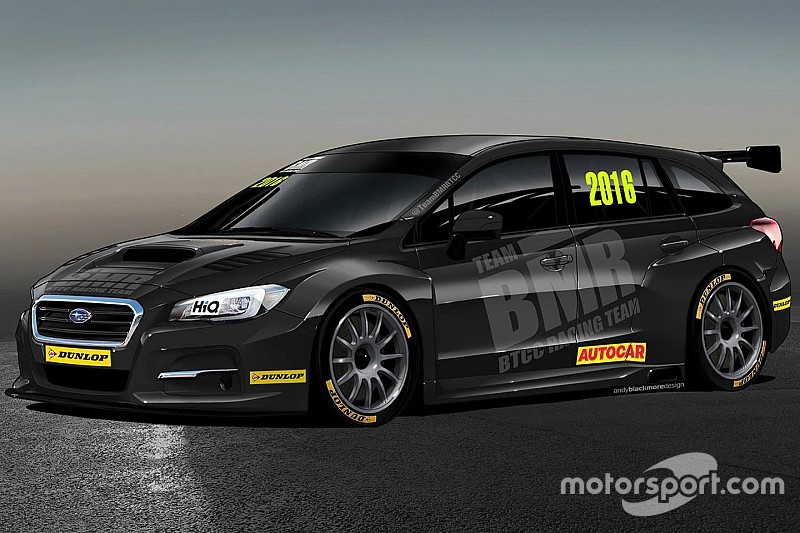 BTCC race winner Rob Austin reckons Team BMR’s fleet of all-new Subaru Levorgs will be the cars to beat in the championship this season.

Subaru joins the BTCC field this year as a full manufacturer entry in an alliance with BMR, which has run Volkswagen machinery for the last two seasons.

And the technical specs of the Levorg Sport Tourer lead Austin to think that the Japanese manufacturer will be the series pacesetter in its first season.

“It seems to be with the suspension we have to run, they are quite short wishbones, it favours shorter wheelbase cars,” Austin told Motorsport.com.

“The Subaru has the second shortest wheelbase on the grid, and when it’s shorter it’s lighter – you can put that weight where you want, and lower the centre of gravity.

“Then the boxer engine will give it an even lower centre of gravity – so that’s going to be a very quick car, the one to beat this year.”

Speaking of his own switch from Audi to Toyota for 2016, Austin says he expects his new Handy Motorsport-run Avensis to allow him to contend for independent class honours.

“I’ve had a great five years [with the Audi A4], but it is a bit heavy and last year was getting a bit frustrating,” admitted the 34-year-old.

“I’m very excited by what we’ve got here – the Toyota is 50kg lighter [than the Audi], over 100mm shorter in terms of wheelbase, so it should be a competitive car for the NGTC rules.

“I don’t see any reason why I can’t fight for the independents’ championship if everything goes right.”