Shedden turns championship race on its head at Rockingham 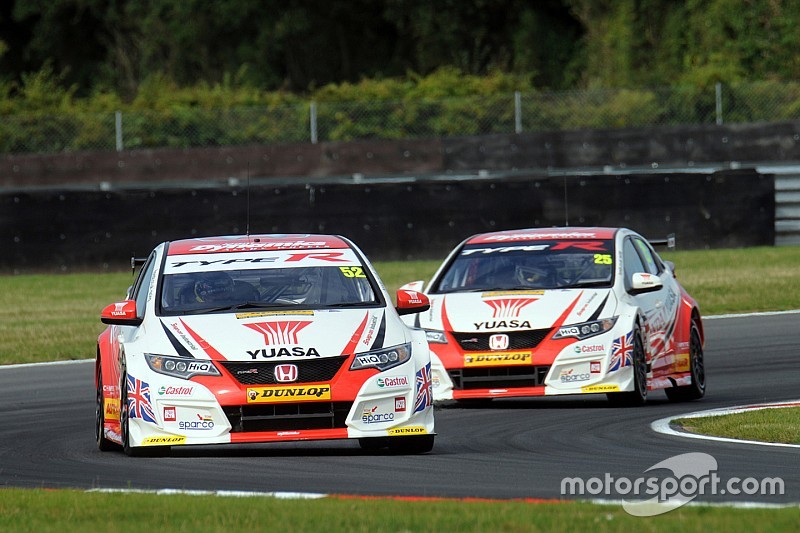 Honda’s Gordon Shedden left Rockingham with a six-point lead in the British Touring Car Championship drivers’ standings after taking a win, second and eighth at the Leicestershire track.

“It’s a big turnaround,” said Shedden. “To come from seventh to second in the first race was good. The race two [win] was brilliant, but it’s fighting for results [in race three] like I did at Knockhill, you’ve got to grind out some points, that’s the thing.

“I gained two places with full weight and on the soft tyre. [Mat] Jackson was making good progress early on, so I thought he was keen, but just before the safety car he was coming back [to me], so it was an important pass to make so those extra points as they could be critical at the end.

“Before the weekend Jason [Plato] was leading by 11, so it’s another 17-point turnaround. We’ve done it at Knockhill and we’ve done it here again, recovering from disaster, remembering we only scored three points at Snetterton.”