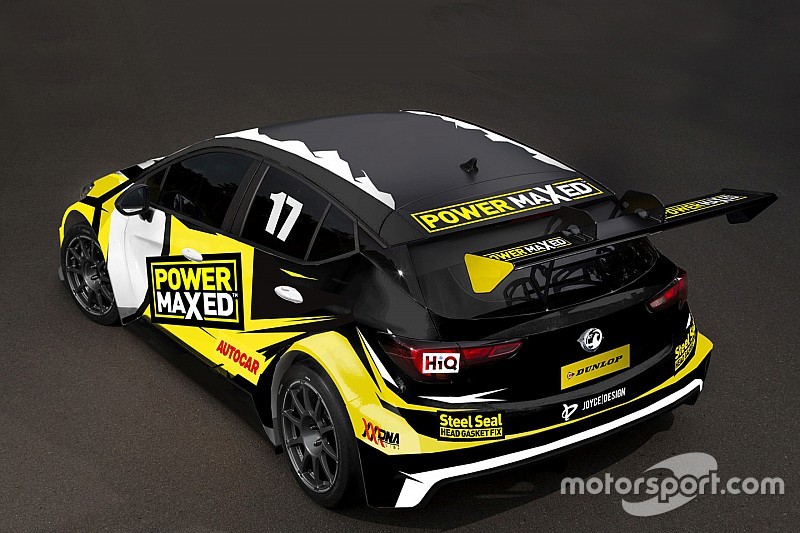 Senna Proctor will make his BTCC debut in 2017 after being named as the first driver with Power Maxed Racing's new Vauxhall programme.

Proctor will make the move into the BTCC having finished eighth in the Clio Cup UK last season with a best finish of third at Oulton Park and Snetterton.

Prior to that, the teenager - who has been supported by Team BMR for the past two seasons - finished second in the Ginetta Junior Championship in 2015, only missing out on the title on countback having matched eventual champion Jamie Caroline in the points standings.

Proctor will be the second member of his family to compete in the BTCC, with father Mark having run with his own Fast-Tec Motorsport team in both 2005 and 2006.

“The realisation that I will be lining up on the BTCC grid has not sunk in yet, let alone that I will be racing for a manufacturer,” the 18-year-old said.

“For that manufacturer to be Vauxhall is almost too good to be true. I really cannot wait to get behind the wheel of the Power Maxed Racing Vauxhall Astra to perfect my craft in the top flight of British motor sport.

“This move has probably come a year earlier than planned, but when you are offered an opportunity like this then of course you don’t turn it down. I know I will have to work very hard to gain the respect of my fellow competitors, some of whom are the best touring car drivers in the world.

“I am under no illusions about the challenge that lies ahead and will approach it with the seriousness it deserves. I have always admired what Power Maxed Racing have achieved, and their technical skill and teamwork fill me with confidence that this will be a long and fruitful partnership.”

Power Maxed boss Adam Weaver said he was pleased to have Proctor - who will become the BTCC's youngest manfacturer driver - on board for the team's first season with the Vauxhall.

“I’m so excited to have Senna on board,” commented Power Maxed Racing Team Principal Adam Weaver. “He caught my attention back in 2015 in Ginetta Juniors.

"I was impressed by how he excelled against very tough competition, and it’s great to be helping him to realise both his dream and his potential of racing in the BTCC.

“It’s fantastic to once again be supporting and developing young talent, as we did with Josh Cook in 2015. I think Senna will cope with the added pressure this drive brings as he seems to have a very old head on young shoulders.

"In Senna, I think we have signed a driver who we can build a long-term relationship with and turn into a future champion."

“Senna will inject a healthy dose of youth and enthusiasm into the team, and I’m sure both he and our other driver – who will be a more experienced, household name – will keep each other on their toes and continually spur each other on.”