Rolling back the BTCC years at Brands Hatch

This past weekend, it was the weekend that Brands Hatch had stepped back in time as some of the cars from, perhaps, the greatest era within the British Touring Cars took to the track again as part of the newly formed HSCC Super Touring Trophy.

A fantastic 11 Super Touring Cars were on track from the late 1990’s with the rarest Super Touring Car on circuit being an Italian Alfa Romeo 156 from 1998. This was only the 2nd or 3rd time that this type of car had been seen racing in the UK.

Without doubt though, the stars of the show were BTCC legends Patrick Watts and former double BTCC champion John Cleland who had both recently purchased previous Super Touring cars of theirs and raced them for the first time in around 15 years. Watts had a Peugeot 406 from 98 that was originally raced by Paul Radisich, before Watts raced it in Australia in 1999 with Cleland back behind the wheel of his 1997 Vauxhall Vectra that he raced in the final 12 rounds of that season. 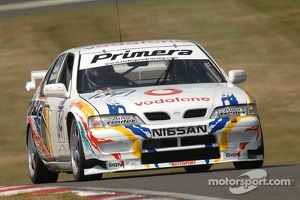 The weekend was split up into qualifying and a race 1 on day 1 of the weekend with a single race the following day with the grid determined by the finishing positions of race 1. Sadly however with a great grid assembled, race 1 proved to be a bit of an anti climax with many of the field suffering mechanical issues while there was also early trouble for our returning legends.

Come race 1 the grid was already sadly depleted following qualifying as Neil Smith in his Super Touring Alfa Romeo 156 suffered a wheel bearing failure and failed to start. There was even more bad news for Derek Hale, in his 1997 ex Gabrielle Tarquini Honda Accord, and Keith Butcher, in his ex David Leslie 99 Nissan Primera, as both also suffered mechanical failures ending their weekends after qualifying.

It was Watts however, who had secured his maiden British pole position in his 406 after qualifying a staggering 2.9 seconds clear of the rest of the field and he led the field on the opening lap of the race before disaster struck. At the start of lap 2 he was forced to retire with a loose wheel nut. At almost the same time, fellow BTCC legend Cleland was also forced to retire with smoke pouring out of his right front that turned out to be broken bolts on the suspension mounts after the Scot had qualified a respectable 5th on the grid.

This left double race winner from Thruxton, Stewart Whyte, in the lead in his ex Leslie 96 Honda Accord until he also suffered issues which ended his race and weekend with gearbox gremlins. Also in trouble was Richard Hawken in his ex-Leslie 97 Nissan Primera which was appearing for the first time in the livery from that year. Hawken had tested for Speedworks in their NGTC Toyota Avensis at Snetterton during the week, although the Nissan driver was to have a miserable weekend not finishing either race ending race 1 with brake failure. 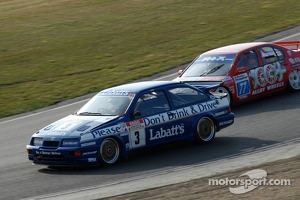 With Whyte out of the lead this left James Dodd, who was making his first appearance at the wheel of his ex Laurent Aiello championship winning Nissan Primera, unchallenged to take victory by a massive 26 seconds from Derek Palmer in an identical car as Dodd, again previously belonging to Aiello from 99.

A very credible 3rd was Simon Garrad in his ex-Manuel Reuter 1987 Ford Sierra RS500 car from Germany as he finished two seconds ahead of Dave Jarmin in his Nissan Primera from 1998, previously belonging to Matt Neal. Tim Harvey had been on the entry list to drive his ex Ford Sierra RS500 however it was driven on both days by the cars current owner, Paul Smith, as he took 5th ahead of the all-conquering Ford Mondeo from 2000, that took a 1, 2, 3 in the championship that year, driven currently by Alvin Powell and previously driven by Anthony Reid.

For race 2 only 11 cars made the starting line up, however this race was all about the quality not quantity as Watts and Cleland started from the back of the field after their race 1 disappointments with the two Nissan’s on the front row of the grid.

Right from the rolling start our two legends were on the move, in particular Watts, who was without doubt the quickest man at Brands Hatch over the weekend following his superb qualifying the day previous. No one could stop the Peugeot man as he made his way through the field and eventually took the lead on lap 8 of 12 from the day’s previous winner Dodd, who, to his credit, stayed just behind the 406 to cross the line just 0.300 seconds off of Watts.

This win must mean a lot to Watts as he never got to win a round of the BTCC during his career with a best result of second, while the win was also Peugeot’s first ever Touring Car victory in Britain. 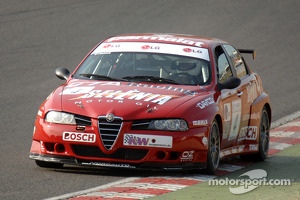 For third there was a fantastic battle rekindling the great Nissan, Vauxhall, Alfa battle between Jarman, Cleland and Neil Smith, who was enjoying his first start in the 156 Super Tourer following the previous days disappointment. Eventually, to the great delight of everyone, it was BTCC legend Cleland who took 3rd on the final lap overtaking the Nissan of Jarman who claimed 4th with Neil Smith finishing in 5th.

The feisty Scot must be mellowing in his old age as he managed to get past with all mirrors intact, which wouldn’t have happened during his real BTCC career, as he did something that the car never managed in 1997 and got a podium.

The series now heads to Silverstone for the series headline event as part of the Silverstone classic; well apart from Cleland who admitted that he had already booked a holiday before purchasing the car, although he has already confirmed that he will return to the series late August at Oulton Park.

The grid is likely to run into the 30’s at Silverstone with big name drivers entering likely to contain 1992 BTCC champion Harvey driving his Sierra RS500, which Paul Smith competed in this weekend, and, for the second year running, current BTCC star Frank Wrathall who will compete in a 1995 spec Super Touring Vauxhall Cavalier.

After the weekend’s races, despite a relatively small turnout and many of the cars suffering mechanical issues, there is little doubt that the weekend brought back great memories for everyone concerned and that the series has bags of potential with a great response from fans and drivers alike. 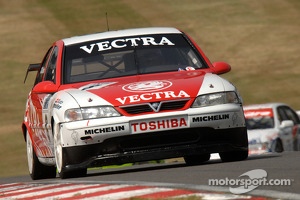 Speaking after the weekend Cleland said about the series, “I think it has potential, the more this gets publicity, the more Supertourers will come out and the lots of people that have contacted me since they found out that I'd bought it, saying 'yeah, that was the best year of Touring Cars' etc. I hope it becomes something big, because there are a lot of these cars out there, it's just a matter of finding the right ones and bringing them back!"

We at Motorsport.com couldn’t agree more with Cleland’s comments and do very much hope that we can provide more coverage from this great series soon.

View all of the images from the weekend on Motorsport.com

Norfolk will be first after series mid-summer break