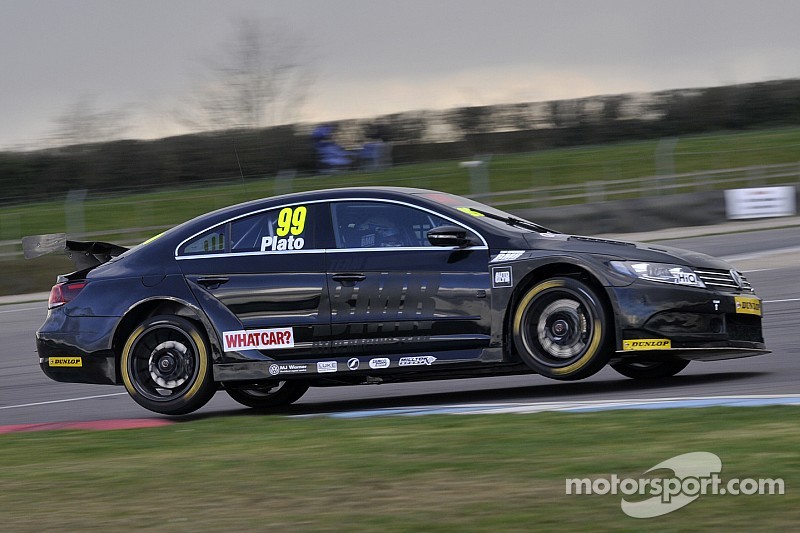 Team BMR's Jason Plato showed his intent by topping both free practice sessions for the second round of the BTCC at Donington Park.

Plato left it late to go quickest in the opening session of the day, narrowly deposing previous Andrew Jordan’s Triple Eight MG in the closing stages before improving by almost six tenths of a second to a 1m09.665s.

A late surge by works Honda driver Gordon Shedden put the Scot second quickest, 0.589s behind Plato, with Jordan knocked down to third ahead of BMR Volkswagen duo Colin Turkington and Aron Smith and the Mercedes A-Classes of Adam Morgan and Aiden Moffat.

The session was interrupted by a red flag with 15 minutes remaining, brought out by contact between Jack Goff’s MG and Hunter Abbott’s Audi. The latter was forced to miss the second session due to damage, while the former was handed a reprimand and two penalty points on his licence.

In the second session, Plato shot to the head of timesheets early on, establishing a benchmark of 1m09.553s with only 10 minutes of the session gone.

It was a time that would remain unbeaten for the remainder, despite a flurry of late improvements that occurred after another red flag period, this time for Stewart Lines’ stricken Toyota.