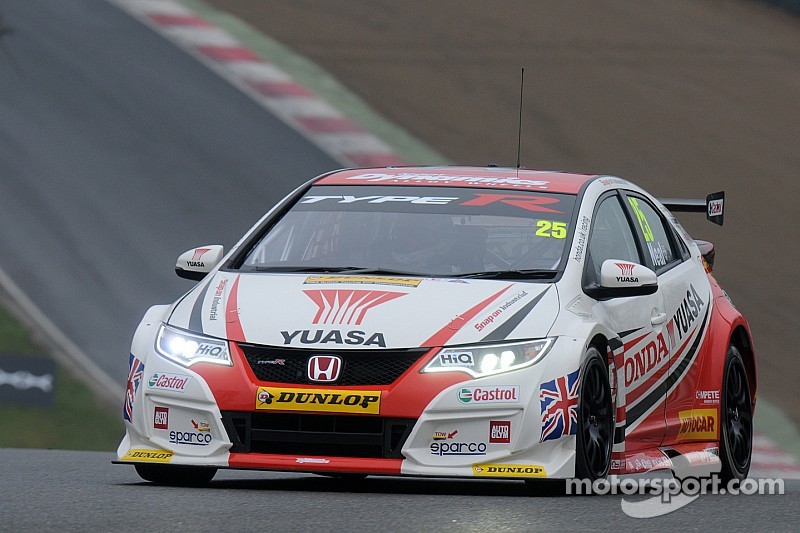 The pair were split by just 0.196s at the flag after a battle that raged in the final laps of the race after they cleared reverse grid polesitter Rob Austin, with Neal using all his experience to keep his younger rival at bay in another entertaining scrap.

Austin led for much of the distance, but was passed by Neal and Goff in successive corners with a handful of laps to go, before being pushed aside by Andrew Jordan's factory MG in a clumsy move by the former champion at Clearways.

That allowed Team BMR's Aron Smith to come through to take third place, a result that puts the Irishman just a point adrift of joint championship leaders Neal and Goff, as Jordan was eliminated from contention by a puncture as a result of his contact with Austin.

Sam Tordoff was the best of the West Surrey Racing BMWs in fourth place, ahead of a recovering Austin, Tom Ingram's Speedworks Toyota, the Mercedes of Adam Morgan and the BMW of race two runner-up Andy Priaulx.

After his puncture that denied him a near-certain victory earlier in the day, Jason Plato suffered another troubled outing - the Volkswagen driver rose as high as 12th from his grid slot of 24th, before fading to 16th, four places behind team-mate Colin Turkington, who suffered an early spin.

Race one winner Rob Collard was an early casualty as his WSR-run BMW wound up in the gravel at Paddock Hill Bend at the start, one of several incidents lower down the order that brought out an early Safety Car, while race two victor Gordon Shedden was to forced to pull into the pits early on with engine issues, before later returning to the circuit and setting fastest lap.