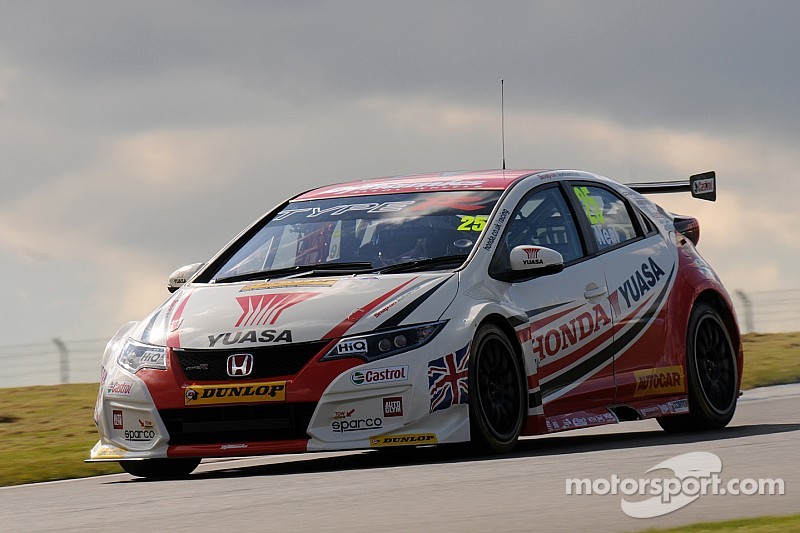 Three time British Touring Car champion Matt Neal has said he feels upbeat about the prospects of his Honda factory squad, despite qualifying down in 11th place for the season opening race at Brands Hatch.

Ahead of the debut race outing for the all-new Honda Civic Type-R, the 48-year-old struck an upbeat note after finishing outside of the top 10 during yesterday's qualifying session, in which Honda's rivals West Surrey Racing and Team BMR set the pace.

Neal said that he was encouraged by how close he and team-mate Gordon Shedden were to the ultimate pace - having set a best time just 0.283s off the pace set by poleman Andy Priaulx - and that there is plenty more to come with the new package.

"We didn’t have a stellar qualifying, with Flash [Shedden] seventh and me in 11th place," admitted Neal, a 10-time winner of BTCC races at Brands Hatch.

"But there was only eight hundredths of a second between the pair of us, and I’m just three tenths of second off pole. To put it into context, it takes three tenths to blink!

"It’s so, so close - normally if I’d qualified in 11th place I’d be pretty glum, but having driven the car yesterday, I was actually pretty buoyant, as was a lot of the team.

"So I'm very excited to get on with the races today, and excited about the season ahead with the package we’ve got beneath us," he concluded.