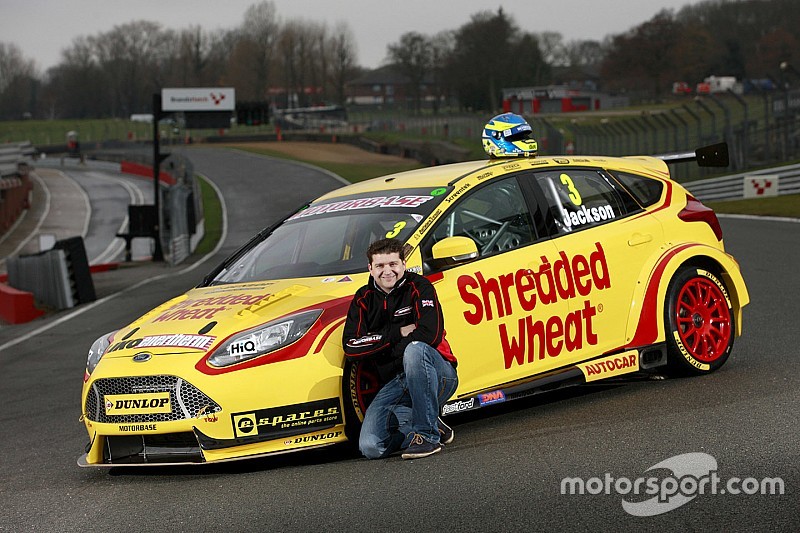 Motorbase Performance has re-signed Mat Jackson for the 2017 BTCC season, and will run with a new title sponsor after entering into a multi-year deal with Nestle breakfast cereal brand Shredded Wheat.

Jackson remains with the team for what will be an eighth successive season, and will seek to build on his third place finish in the championship standings this year.

The deal with Nestle gives Motorbase a title sponsor for the first time since 2014, with team boss David Bartrum admitting his delight at securing a agreement with the Shredded Wheat brand.

“Motorbase Performance is extremely proud to be bringing such a well-known brand as Shredded Wheat to the British Touring Car Championship,” he said.

“Their faith in us and also the BTCC shows where the championship is in terms of stature and exposure and also how far we’ve come as a team.

"We’re also very happy to announce that Mat will continue to spearhead our 2017 campaign. After having come so close to the overall drivers’ title last season, we also have our eyes on the overall prize.

"Mat’s pace is unquestionable and he has shown great consistency in recent years. He is a real asset to the team and the perfect brand ambassador for Shredded Wheat.”

“Nestle Breakfast Cereals are delighted that Shredded Wheat will be sponsoring the Motorbase British Touring Car team for the 2017 season," he said.

"The Shredded Wheat brand is a catalyst for living life to the full and so it is fantastic that we are able to partner with a high adrenaline sport like the BTCC and with a proven winning team like Motorbase.”

“We look forward to seeing the distinctive yellow and red livery of Shredded Wheat - one of the UK’s most famous brands, comes to life on the UK’s favourite race tracks in 2017.”

Chilton to make BTCC return with Vauxhall in 2017