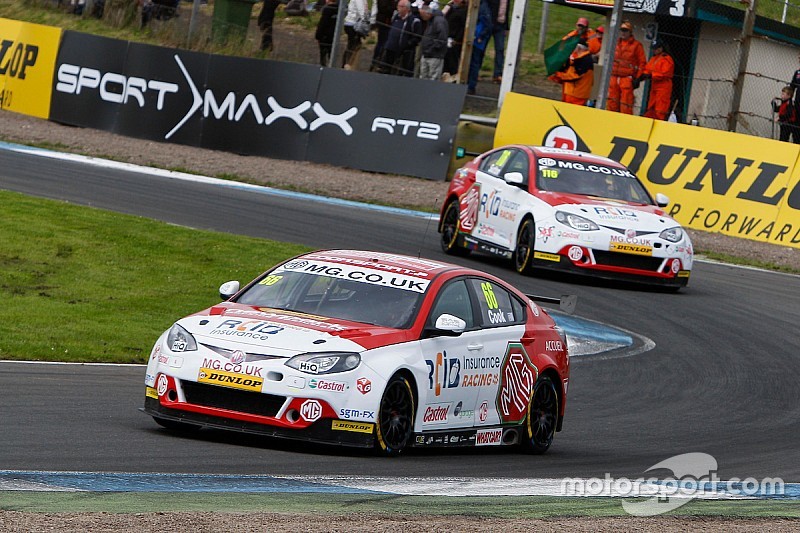 Triple Eight Racing have now confirmed they plan to appeal their exclusion from the results of Race 1 at Silverstone, explaining they never sought to gain an unfair advantage.

The team’s two MG 6 GTs were found to have illegal rear-wings following the race, with TOCA’s scrutineering team deeming both of the cars’ wings to be “outside of tolerance”, taking the unusual measure of excluding both cars from the results and sending them to the back of the grid for Race 2, after Ash Sutton had won the race with Josh Cook in second.

In-line with the championship’s regulations, both cars were forced to carry maximum ballast for Race 2, slowing their progress through the field, but both cars managed to finish in the top ten for Race 3.

“On behalf of MG Motor, the drivers and other sponsor partners, Triple Eight Racing have lodged an appeal against the stewards’ decision reached today at the Silverstone circuit, which will be held at a future date as yet to be confirmed,” said the team in a statement.

“Triple Eight wish to make it completely clear that at no stage have they intentionally sought to breach any competition regulation to gain an advantage on the track.

"They further note that the technicality under which the two MGs were disqualified, gave no performance benefit to either Ashley Sutton or Josh Cook whether in Saturday's qualifying session or in the opening race.

"This was clearly demonstrated in Round 27 (Race 3), where the two drivers again posted the fastest laps, despite the increased traffic, when operating under the same weight conditions as were in place in Round 25 (Race 1).”

The MSA are understood to only be processing an appeal for the exclusion of Cook's car, though the team are unable to comment further to confirm this.

Should the MG of Cook be reinstated, he'll take points away from championship leader Sam Tordoff, who will be demoted to 12th in Race 1’s results, with Honda’s Gordon Shedden moving from 11 to ten points behind, and teammate Matt Neal from 13 to 12 ahead of the Brands Hatch season finale.