Gordon Spice, a pacesetter in touring cars and world champion in sportscars, has died at the age of 81 after a long battle with cancer.

Following early forays in MG and Morgan machinery, Spice started to make a name for himself with a Mini in the British Saloon Car Championship in the second half of the 1960s. He soon added endurance outings in a Ford GT40 and then appeared in Formula 5000.

Spice reckoned he was “a bit out of my depth” with the monster V8 single-seaters, though he did score a victory in a Lola T332 at Oulton Park in 1975.

But it is with the Ford Capri that Spice will always be associated. He became the driver to beat in the BSCC, now known as the British Touring Car Championship, during the 1970s, racking up 28 wins, including 25 in the famous coupe.

Spice took six class titles between 1975 and 1980, and more overall race victories than any other driver in the 1976, 1978, 1979 and 1980 seasons. The idiosyncratic class system of the era – which gave as many points to class winners as outright successes – denied him the overall crown, but Spice, whose own Gordon Spice Racing team ran the cars, was not bitter about it.

“It didn’t bother me at all,” he told Motorsport.com in 2018. “When I was racing Minis we never had an overall win except when they split the races, but the guys in the smaller cars were trying just as hard, probably harder.

“I raced because I enjoyed it. The objective was to win each race.”

The Capri was eventually overcome by the Rover V8 in the early 1980s, despite the best efforts of Spice and fellow Ford ace Andy Rouse, but opportunities opened up elsewhere. 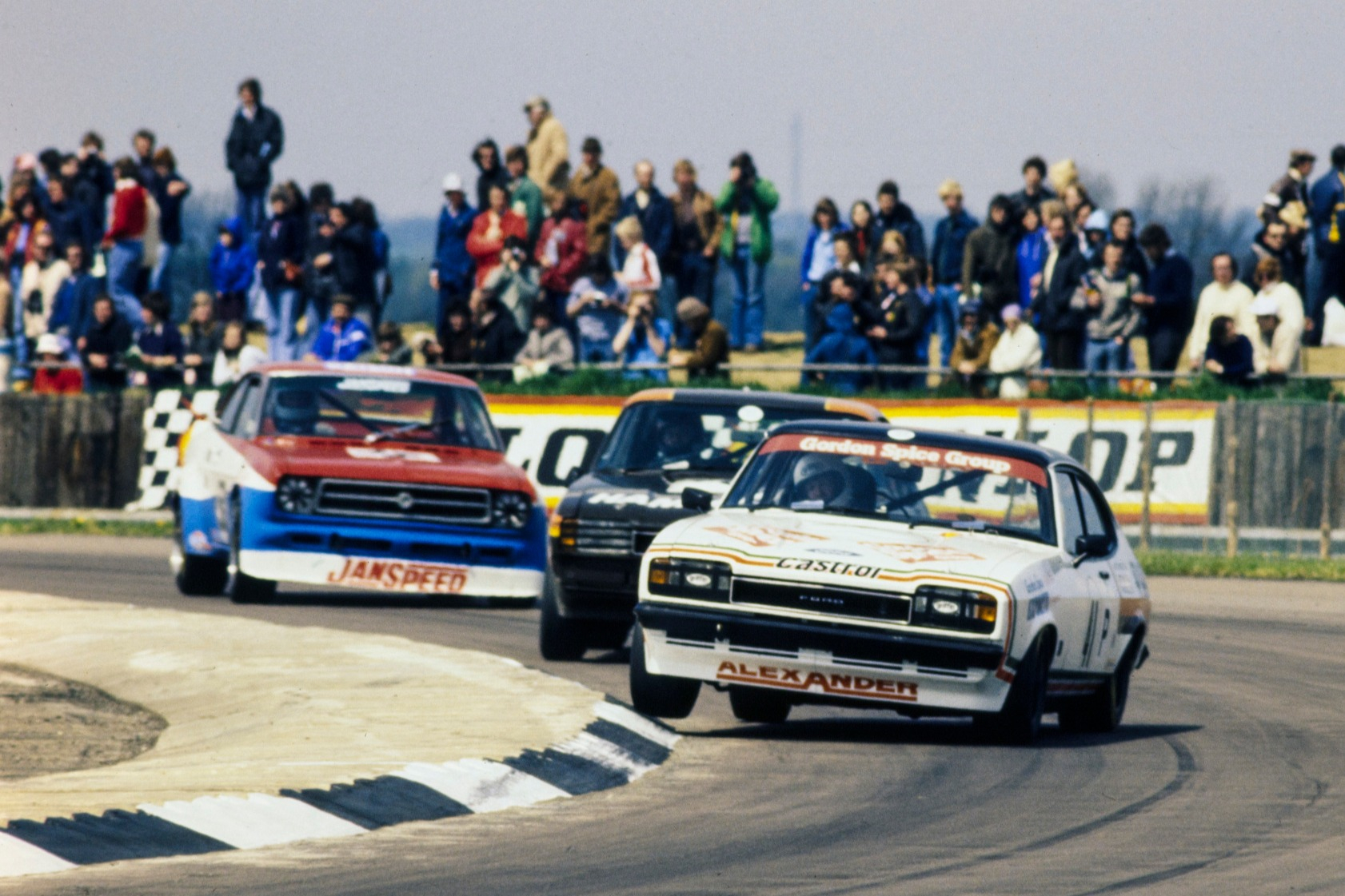 Spice had already shown a keen liking for endurance racing and had won the 1978 Spa 24 Hours with Teddy Pilette. Plans were hatched for Spice to lead Ford’s attack on Group C. They fell through in controversial circumstances but it helped pave the way for Spice’s move into Group C2 (initially known as Group C Junior), after he had twice finished on the podium at Le Mans in Rondeau machinery.

Spice, who became a member of the British Racing Drivers’ Club in 1970, retired from driving at the end of the 1980s to focus on his business interests. Despite failing health, he could still be seen at certain events, such as the Silverstone Classic, in recent years.