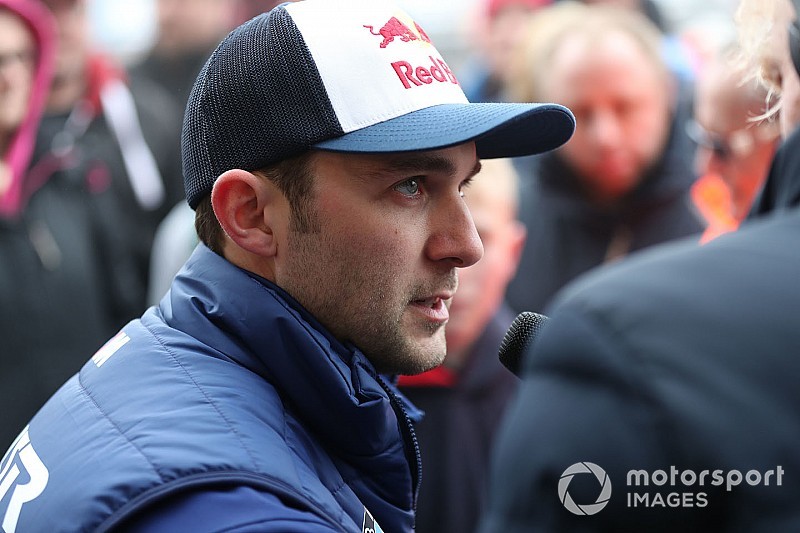 Andrew Jordan has been taken to hospital after a heavy first lap crash during the opening BTCC race at Donington Park.

Having started 16th, Jordan passed the Mercedes of Aiden Moffat and the Ford of Ollie Jackson on the approach to Old Hairpin.

But Power Maxed Racing driver Rob Collard dived up Jordan’s inside in his Vauxhall at the apex. The pair collided and knocked Jordan’s rear end.

As Jordan tried to correct the subsequent slide he spun across the track where he took a heavy hit on the driver’s door from an unsighted Adam Morgan.

Ex-BTCC racer and Jordan’s father Mike said: “[Andrew’s] a bit rough actually, I’m going to the hospital with him.

Jordan also received a second impact when Team Parker Racing driver Stephen Jelley also tagged into the side of his BMW.

Mike Jordan blamed Collard for the collision, adding: “If you qualify down there then you’re in pack with all the idiots.”

Morgan reckons his Ciceley Motorsport team will be able to repair the Mercedes for races two and three providing there is no chassis damage, as the outfit have a spare front-end.

WSR tweeted to say that, irrespective of Jordan's assessment, he will be unable to continue in the meeting.

"Unfortunately, it's game over for Andrew Jordan today, as his BMW 330i M Sport sustained too much damage in the open race at Donington Park to be repaired at the track," the tweet read. "AJ has a sore side and is having a medical precautionary check."