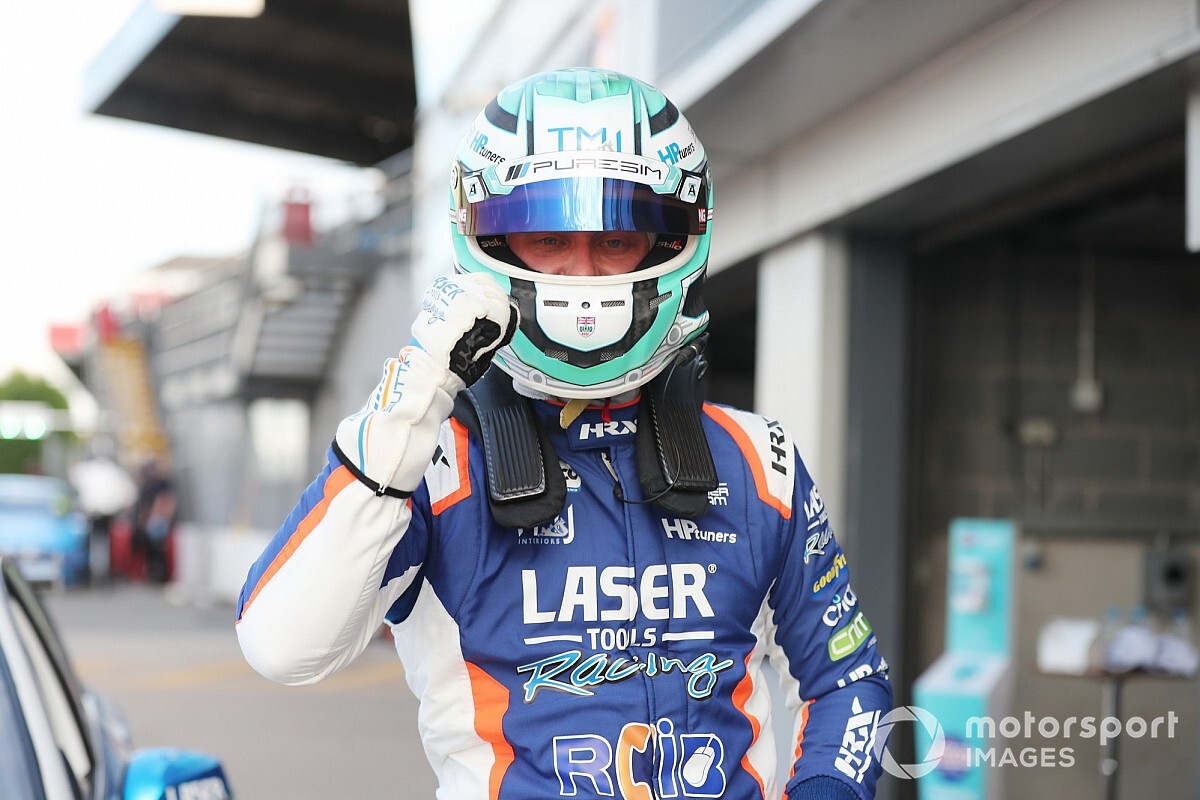 Ash Sutton took a scintillating first-time win for the Infiniti Q50 in the final race of the British Touring Car Championship opening round at Donington Park.

The 2017 champion had been quick all weekend on his first competitive outing with the rear-wheel-drive Laser Tools Racing machine, and the victory represented an extraordinary recovery after a first-race incident left him momentarily down in 26th and last.

Sutton stormed to 14th in that opening race, before charging to fifth in the second, putting him eighth on the grid for the reversed-grid finale. He picked up one spot on the opening lap, as Ollie Jackson led in his Motorbase Performance Ford Focus, having got a better launch at the start than the polesitting Excelr8 Motorsport Hyundai i30 of Chris Smiley.

An early safety car, thanks to a backmarker in the gravel at the Old Hairpin, provided a short interruption before Jackson carried on his good work of fending off Smiley, who in turn was under attack from Josh Cook’s BTC Racing Honda Civic Type R, with Adam Morgan making it a four-car train in the Ciceley Motorsport Mercedes A-Class.

Smiley’s move came on the seventh lap, with a superb dive at the Old Hairpin, and Jackson was railroaded down to fifth over the following corners.

Sutton had just latched onto this group, and the frenetic action allowed him to pass Morgan for third into Coppice, with 10 laps still remaining.

He wasted little time hunting down the leaders, dispatching Cook into the chicane on the following lap, and pulling off an identical move on Smiley on the following tour. Sutton pulled clear to win by 2.280 seconds, while Smiley did an excellent job to stave off the attentions of Cook to the finish, with Morgan fourth.

Tom Ingram squeezed his Speedworks Motorsport-run Toyota Corolla ahead of Dan Cammish’s Team Dynamics-run works Honda into the chicane for sixth with four laps to go, and only just ran out of time to catch fifth-placed Jackson at the finish. Matt Neal shadowed team-mate Cammish home in eighth, while the ballasted West Surrey Racing-run BMW 330i M Sports of Tom Oliphant and Colin Turkington rounded out the top 10.

Race-two winner Turkington was able to make little progress from 12th on the grid, even dropping to 13th at the start, and Rory Butcher was in a similar boat – second in race two, he lost several places in one fell swoop mid-race and finished 11th.

The leading group lost the Team Parker Racing BMW 125i of Stephen Jelley from its midst on the sixth lap when he looped it at the chicane, delaying Neal as he slid across the track.