Honda teams rack up the miles during Thruxton testing 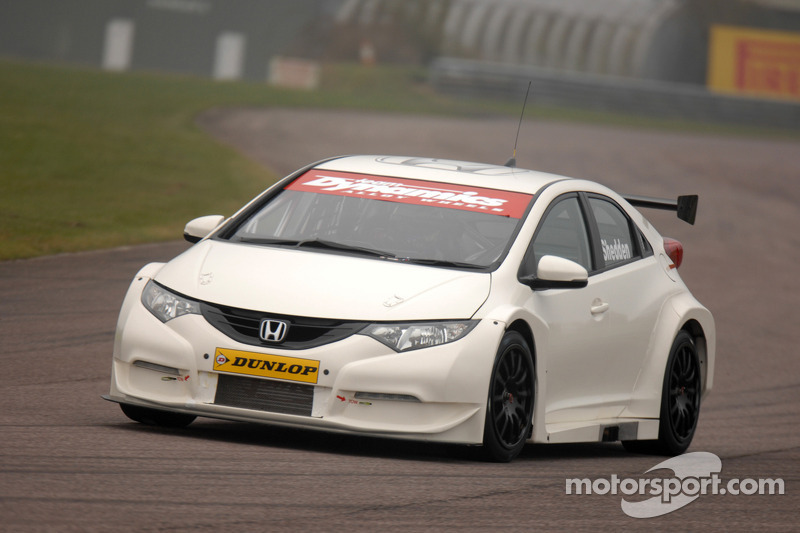 Despite the freezing cold weather in Hampshire, United Kingdom, the drivers for the two Honda teams were able to complete their two-day testing program.

After winning all 5 Dunlop MSA British Touring Car Championships between them last year, the two Honda teams, Honda Yuasa Racing team and Pirtek Racing, are certainly not holding on their success from last year as both have teams have been putting in the miles over the last 2 days at a freezing cold Thruxton race circuit in Hampshire.

Both teams have already enjoyed a test a piece with Honda Racing having tested at Rockingham, as they helped Dunlop with their new super soft tyre evaluation which all competitors will have to run in one race over the weekend at 9 of the 10 events, and Pirtek Racing having completed a two day test at Brands Hatch. 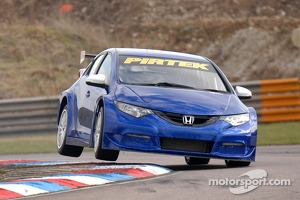 Each team had both of their drivers present with Honda Racing testing both current BTCC champion Gordon Shedden and triple BTCC champion Matt Neal who both took part in a plain white car. Pirtek Racing had present current BTCC Independent champion Andrew Jordan, who was out in his fully liveried Pirtek Honda Civic, with Jeff Smith who was confirmed this week for his 3rd season with the team testing in a plain liveried car.

Each day was split up into 4 55 minute sessions with the 4 Honda’s sharing the circuit alongside fellow drivers from the BTCC supporting categories and some slower historic cars also thrown in to make things a little trickier.

After a foggy start on day 1, things brightened up in the afternoon with plenty of sunshine despite the freezing cold conditions. All 4 drivers made the most of the dry completing plenty of running, pushing harder as the day progressed, without any issues.

The conditions were just as cold for day 2 although there wasn’t the fog from the day before. Honda however opted to leave the day early departing after session two, though during that second session of the day Shedden’s car didn’t appear at all as he instead borrowed his team mate Neal’s car. 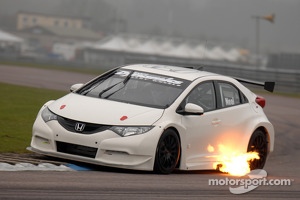 Even with Shedden in Neal’s car, the Scot spent a parts of that session in the pits with the bonnet up which could have been the reason that the team left early although Shedden did manage some quick laps during the end of the session.

Speaking after the test the 2012 champion said, “It’s been pretty successful and dry. We are trying some new tweaks to the car this year as we obviously know everyone has been improving over the winter and we still want to be out in front during 2013. We have got a few things of our own that we are working on and some things are good, some need a little bit more work but at the moment it’s really, really positive.”

For Pirtek, after only receiving their car in March last year, they have already managed more tests than they did last year before the annual launch of the series at Media day. 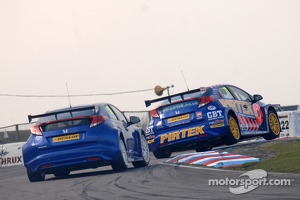 Team boss Mike Jordan believes that being able to have a good testing programme in place is key for the team’s title ambitions and with more tests being planned Jordan Snr said, “It’s a good position to be in. Our cars were still being built at this stage last year, so to have everything in place and be able to prepare thoroughly for 2013 is fantastic. I am genuinely surprised not to see more teams testing here at Thruxton as it’s the only opportunity to do so, and therefore we hope the Honda teams have gained the advantage for when we come back here in May.”

His comments become even more relevant, not just because the next time that the teams hit the Thruxton track will be for free practice 1 during the race weekend itself. but also when you think back to last year’s Thruxton event the first time that the Next Generation Touring Cars have raced at the circuit; the entire weekend apart from qualifying took part in heavy rain, and who took the pole in that session? Pirtek Racing’s Andrew Jordan.