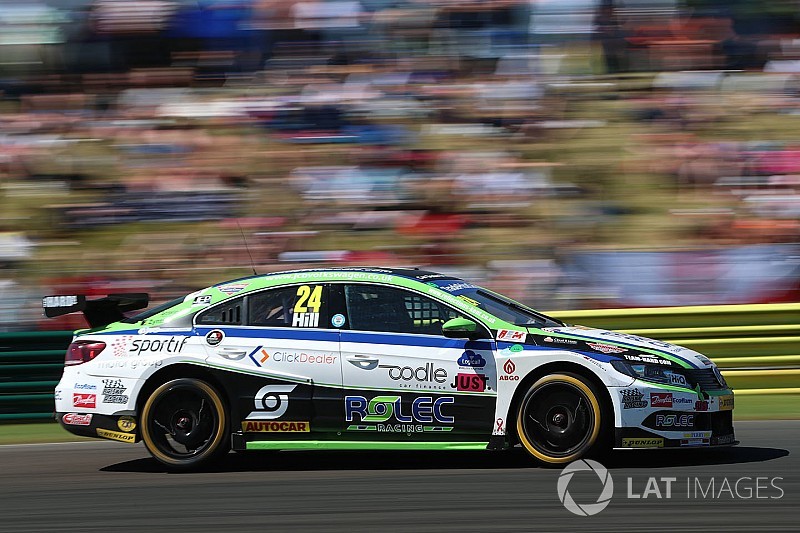 BTCC racer Jake Hill has targeted a return to the grid with the AmD Tuning MG team after parting ways with Team Hard earlier this week.

Hill split with Team Hard earlier this week, having finished in the points only twice since he finished runner-up in the rain-affected second race of the weekend at Brands Hatch.

The 24-year-old was present at this week's two-day Snetterton Dunlop tyre test, sampling one of AmD's cars on Wednesday and Thursday.

AmD is looking for a driver after dropping Tom Boardman, who had contested the opening half of the season.

Hill has already said that he is working flat out to put together a deal ahead of the next rounds of the championship, which are at Snetterton on July 28/29.

“I am over the moon with Sean and AmD for letting me take part in the test,” said Hill. “The team were very professional and it was an absolute pleasure working with Rory Butcher as a teammate.

“I really enjoyed driving the car and it was a massive step forward to what I’ve been driving this year – it was nice to just feel happy again. I clicked with the team and the car immediately.

“It’s great to just focus on my job when I’m behind the wheel without the stresses and issues that we’re having off of it. I feel like I’ve delivered and hopefully we can work something out with [team principal] Sean Hollamby and AmD for the rest of the year.

“We have some work to do to put the backing in place, but I really feel like I want to grab this chance if I can.”

Under the terms of its licences, it has to field four drivers in the remaining rounds of the campaign, which resumes at Snetterton on July 28/29.

How the BTCC is tackling drivers who don't pay their bills