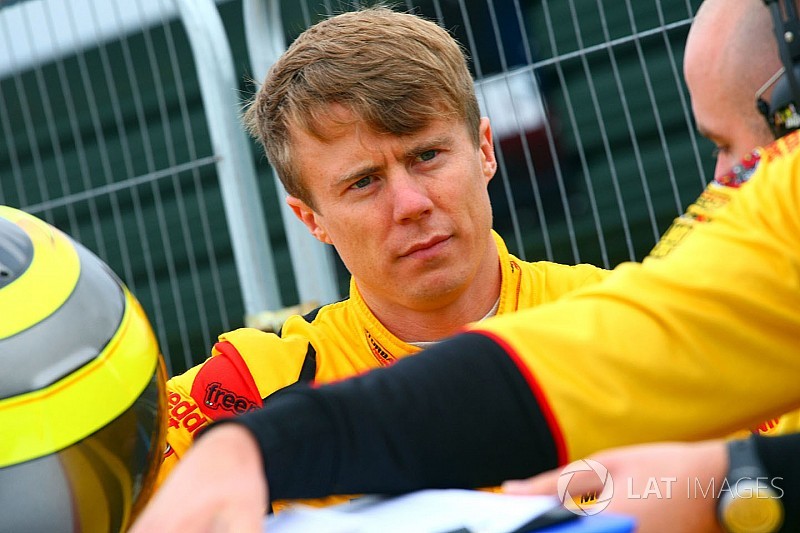 Rory Butcher has secured a full BTCC campaign for 2018 with the AmD Tuning MG team after his stand-in role at Motorbase Performance last season.

The 31-year-old long-time sportscar racer was called up by Motorbase for the final four events of 2017 following the Croft qualifying accident that left Luke Davenport injured.

Shaun Hollamby's AmD team has taken over the running of the MGs from Triple Eight this season, and had already announced BTCC returnee Tom Boardman as one of its drivers.

It is also still fielding a pair of Audis, in which it will run Ollie Jackson and Sam Smelt.

"My move into the BTCC last season was all a bit last minute and I was thrown in at the deep end for my debut on home soil at Knockhill, so I was determined to try and get a place on the grid this year to build on what I learned from the final four rounds of 2017 and to start building a long-term BTCC career," said Bucher.

"In January, it looked like it wasn't going to be possible but then I spoke to Shaun about the MG and with a lot of effort from the team and from my sponsors – who were eager to join me in the BTCC - we've been able to pull together a deal, which I'm absolutely delighted about.

"Twelve months ago, I didn't imagine I would be racing in the BTCC but there is no better place for me to be in terms of profile.

"The series is the very pinnacle of British motorsport and I'm really excited about the prospect of a full season on track with AmD in 2018."

Butcher raced on the BTCC support bill in the Porsche Carrera Cup GB from 2011-13 and was a multiple race-winner, before stepping up to international sportscar racing via the British GT Championship.

He came close to winning the European Le Mans Series GTE class title in 2016 alongside Rob Smith and Andrea Bertolini.

The best results of Butcher's BTCC stint last year were a pair of ninth places on his series debut weekend at Knockhill.

"Rory is a driver who we have been talking to for some time, and we are delighted to have concluded a deal for 2018," said Hollamby.

"His career record speaks for itself, and the way he performed last year when he joined the grid in difficult circumstances was hugely impressive."