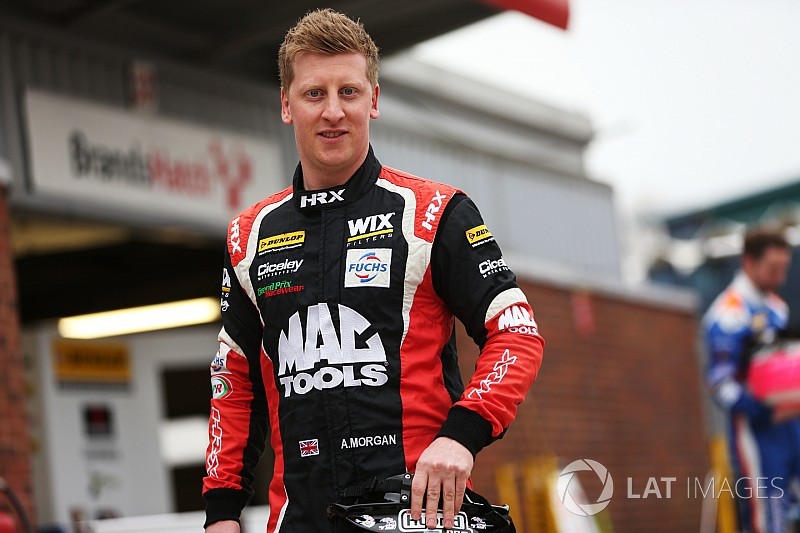 Adam Morgan claimed the final race victory at Donington Park to take Mercedes’ first win in the BTCC this year.

The Ciceley Motorsport driver overhauled early leader Ash Sutton (Team BMR Subaru) after an early race safety car, but was forced to look to his mirrors over the latter period of the 19 laps as the Power Maxed Racing Vauxhall of Josh Cook raced in his wheeltracks for the last three laps.

The result means Morgan is now second in the points behind Speedworks Toyota driver Tom Ingram, who took his fully ballasted car to eighth place.

Morgan said: “We had a shocking start to the weekend with contact with our team-mate [Tom Oliphant]. We then had a fifth and now a win – what a return.

“The car was great and although I could feel my front-left tyre going at the end. I had a few scares and Cook was catching me. But I held my nerve.”

Behind Morgan and Cook, Aiden Moffat took the bottom step on the rostrum when former leader Sutton’s harder tyres held his car back. He had earlier overtaken Rob Collard’s WSR BMW going into Coppice corner, which was the foundation of his rostrum finish.

Moffat was then able to go after Sutton and he overtook with two laps to go.

Several of those battling for strong results were wiped out in a multiple collision at the Craner Curves on the first lap, when James Cole and Sam Tordoff’s Motorbase Performance Ford cars, which were running on the fringes of the top 10, made contact.

The shunt wiped out the team-mates and delayed several others.

Colin Turkington’s miserable weekend also continued. An engine change didn’t fully cure the car and he started from the pits after a last-minute water pump change. He finished 21st.

Jack Goff, who was second in the points going into the round in his Eurotech Racing Honda, ran on to the grass after going side-by-side in his battle with Chris Smiley’s BTC Norlin Honda in the battle for fifth on lap eight. He dropped back as a result and finished 23rd.

Smiley’s race ended after he and Dam Cammish (Team Dynamics Honda) made contact at the Old Hairpin on lap 12, and Cammish was forced out too.