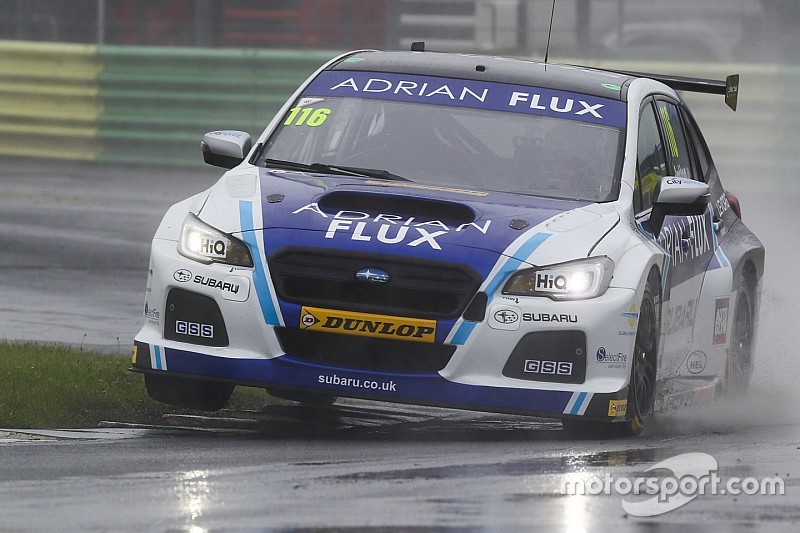 Ash Sutton took his second victory of the season in the BTCC after a nail-biting 15 laps at Croft, as the factory Subaru driver fended off the WSR BMW of Colin Turkington by just 0.6s at the flag.

Sutton, carrying 33kg of success ballast, qualified on pole position but opted to use the less favoured harder compound Dunlop option tyres for the race. Turkington, alongside him on the front row with normal tyres and 48kg.

Sutton reached the opening right-hander at Clervaux first and was then forced to look to his mirrors as Turkington hounded him throughout the race. The pair raced clear of the pack and, despite a last-gasp attack from Turkington at the final hairpin, Sutton held on.

“I really didn’t expect to win that race,” said Sutton. “We were on the tyres that we thought would be wrong for us, and I knew I had to nail the start. That was probably the best start I have made in the BTCC, and it was just when I needed it.

“Colin had more grip but I just had to concentrate on the areas where he was strong than me and fend him off.”

Turkington said he was pleased to have landed a big points score, which has moved him up to third in the standings.

“I am mindful that this was the first of three races today,” said the Northern Irishman. “I tried to pressure Ash into a mistake at the end, but it didn’t happen. But the car was good, and that bodes well for later on today.”

Behind them, Mat Jackson raced from third on the grid to finish on the rostrum and dedicated his trophy to Motorbase Performance Ford Focus teammate Luke Davenport, who is in an induced coma following a qualifying accident.

Rob Collard raced his WSR BMW from 11th on the grid to fourth place at the end, despite 66kg of success ballast on his car. Collard produced a final-corner pass on reigning champion Gordon Shedden (Team Dynamics Honda) to seal the position.

Fifth for Shedden was enough for the Scotsman to maintain his slot at the top of the points standings. He is 14 clear of Collard, with Turkington 24 behind in third place.

Andrew Jordan, whose WSR BMW had been badly damaged in the multi-car qualifying accident and was only repaired at 0430hrs on Sunday morning, repaid his team by climbing to sixth.

His path had been helped when Subaru pairing James Cole and Josh Price, who had been running seventh and fifth, collided coming out of the hairpin at the end of lap nine.

Jason Plato, whose Team BMR Subaru had run in fifth place in the opening half of the opening lap before running wide at Sunny In, fought back to 10th spot.

Matt Neal (Team Dynamics Honda) retired from the race on lap two with a puncture.

Davenport in a coma after Croft BTCC qualifying crash