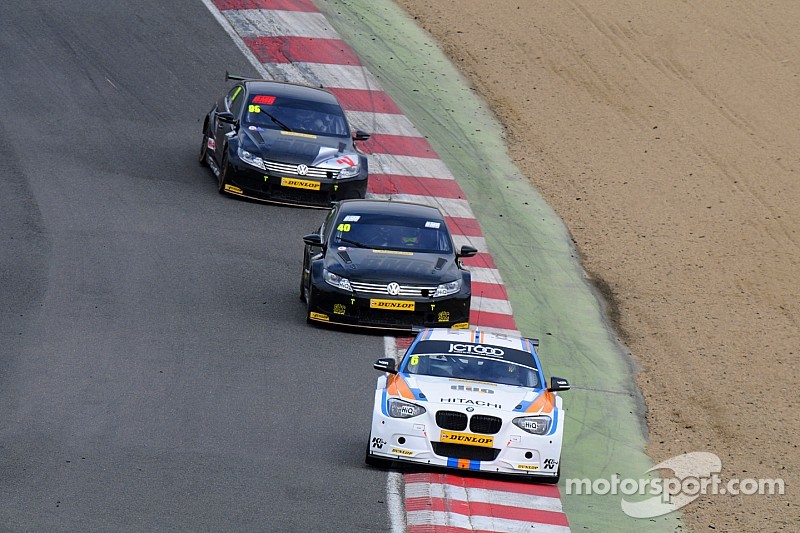 Collard took the lead from his WSR team-mate Andy Priaulx at mid-distance, as the polesitter's soft compound tyres began to fade, having made a lightning getaway in his BMW 125i to vault from fifth on the grid to second on the opening lap.

The 46-year-old was then able to stave off the advances of the Team BMR duo Aron Smith and Jason Plato - who will start from pole for race two after securing the fastest lap of the race - for the remainder of the race to open his 2015 account in the best possible style.

"I could see Andy was pushing quite hard, but I knew from experience he would struggle [on softs]," said Collard. "I was catching him quickly at certain places, and when he made a slight mistake at Clearways I was able to get under him."

Behind, Jack Goff drove impeccably on his Triple Eight MG debut to keep the third BMR Volkswagen CC of reigning champion Colin Turkington and the leading factory Honda of Gordon Shedden at bay in an equally closely contested battle for fourth place.

The second works MG of Andrew Jordan finished seventh, ahead of Matt Neal's Honda Civic Type-R and Priaulx, who quickly dropped back through the pack as a result of his woes with the soft tyre.

Tom Ingram completed the top 10, the Speedworks Toyota driver forcing Adam Morgan's Mercedes A-Class on to the grass at Graham Hill at one point during their battle for position. Morgan recovered to finish 11th, ahead of Aiden Moffat (Laser Tools Mercedes) and top Jack Sears runner Josh Cook (Racing for Heroes Chevrolet).

The third West Surrey BMW of Sam Tordoff endured a difficult opening race on soft tyres, dropping from eighth on the grid to 15th early on, where the 25-year-old would ultimately finish.