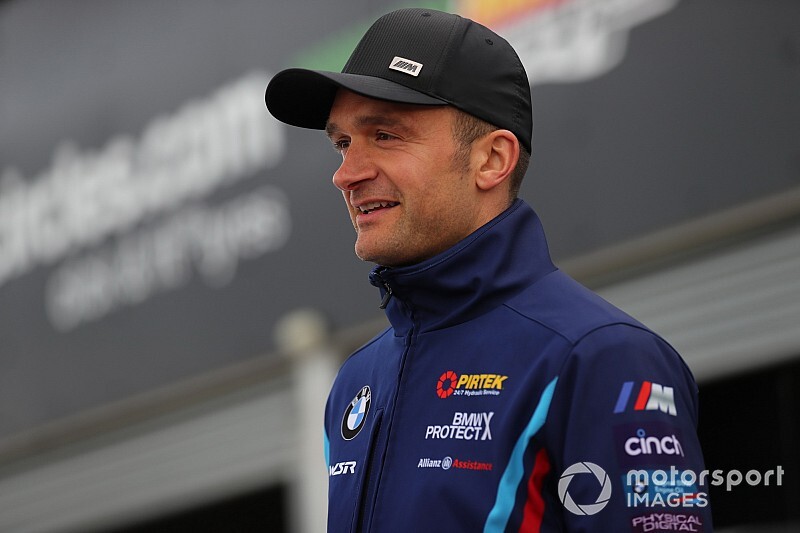 The 37-year-old Northern Irishman first joined the WSR squad to race a Team Atomic Kitten-branded MG ZS in 2002 and has spent all but three of his 15 seasons in the BTCC with Dick Bennetts' WSR squad.

Turkington has 51 race victories, which places him fourth on the all-time list, and 40 of those have come at the wheel of WSR-run machines.

He has taken all of his overall drivers' title with the Lower Sunbury-based team and they have all come at the wheel of a BMW.

He has also taken four of his five Independents' Trophy triumphs with the team.

He snatched the 2019 title in the final meeting at Brands Hatch in October when he placed sixth in the last race to finish two points clear of Pirtek-backed teammate Andrew Jordan and factory Honda racer Dan Cammish.

Turkington said: "Going into 2020 with Team BMW will mark my 16th season in the BTCC and I couldn't be happier.

"Remaining with the team was never in doubt and we're excited to be defending our titles together.

"Becoming a four-time champion was a very special moment, but I am motivated to keep striving for more.

"Racing with this team gives me the best chance to achieve further success and so I'm thankful to BMW and WSR for these golden opportunities.

"The consistency of the car and personnel is a great boost and further motivates me as we get to see what the potential of this BMW 3 Series actually is.

"There was a lot of 'new' to contend with in 2019 in terms of the car and my engineer, so familiarity of environment should only enhance things."

Team principal Dick Bennetts said the 2019 campaign was one of his most satisfying in the 39-year history of WSR.

The operation designed and built three of the new BMW 330i M Sport machines for the BTCC, and it was a winner from its very first meeting at Brands Hatch in April.

Turkington, along with factory teammate Tom Oliphant, won the manufacturers points ahead of Honda.

Bennetts added: "Colin first drove for us 18 years ago and has been at the forefront of virtually every success we've had in the British Touring Car Championship.

"He's one of the best drivers the series has ever had, so it's fantastic that he'll once again lead the charge for Team BMW in 2020 as he aims for a record-breaking fifth title."

WSR has three TOCA BTCC licences to compete in the BTCC, and details will be revealed shortly about the remainder of its line-up for 2020. The 2020 BTCC kicks off at Donington Park on March 28-29.

Turkington scooped up the prize for National Racing Driver of the Year at the 2019 Autosport Awards on Sunday night.