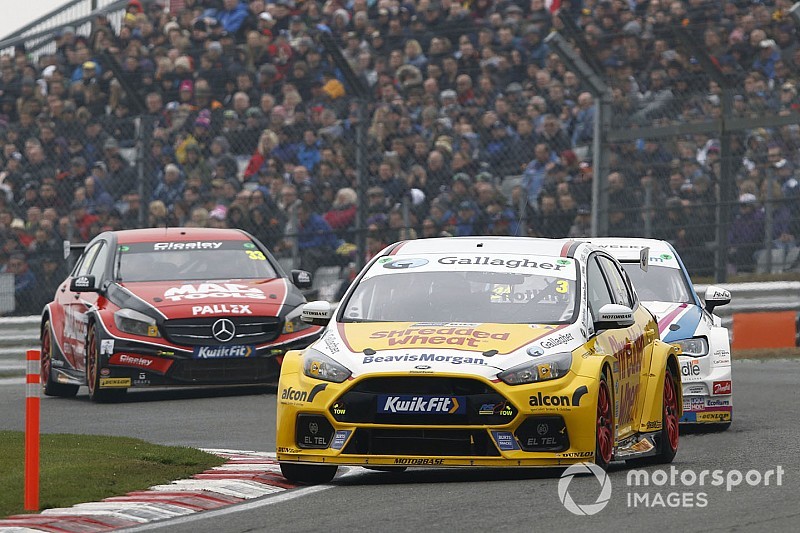 Tom Chilton has lost his Brands Hatch final race victory after getting a five-second penalty for his clash with Matt Neal in the British Touring Car Championship season opener.

As a result, AMD Tuning driver Rory Butcher has been handed the win and he claimed his first ever BTCC victory.

The result was put in doubt after Team Dynamics protested Chilton’s pass on Neal for the lead at Clearways.

Neal had been struggling for on the soft compound tyre as it began to wear, allowing Chilton to close.

But the Motorbase driver hit the back of Neal’s Honda Civic Type R and forced him into a slide as he attempted to pass.

The time penalty means Chilton drops only to second and maintains the runner-up spot in the standings behind Josh Cook.

Neal told Motorsport.com: "That was definitely a push-to-pass move.

"There were two hits on the rear of my car going into the corner until he had pushed me wide enough to go up the inside.

"I thought, according to the rules, that wasn’t allowed."

Chilton, for his part, thought the robust move was fair: "I learned that trick off Matt when I was his [Dynamics] teammate in 2008. Matt turned in and kept coming."

Neal will keep eighth place having dropped backed as a result of right-rear suspension failure on the final lap.

The three-time BTCC champion was also hit by Stephen Jelley in the race on the way to the BMW driver scoring Team Parker Racing’s first podium in the series.