Dan Cammish will make a return to the British Touring Car Championship grid having secured a guest drive with BTC Racing for this weekend’s Thruxton season opener.

The 2019 and 2020 title contender has been drafted in to drive the BTC Honda Civic Type-R FK8 vacated by Michael Crees following his shock departure from the squad last week.

Cammish lost his drive at Team Dynamics over the off season as the squad was forced to reshuffle its plans for 2021, resulting in both Cammish and team owner Matt Neal standing aside in favour of three-time BTCC champion Gordon Shedden and Dan Rowbottom.

As a result , the 32-year-old has committed to a return to Porsche Carrera Cup GB with the Redline squad he scored back-to-back title with in 2015 and 2016.

The announcement from BTC Racing claims Cammish will be acting as a ‘guest’ driver only and does not confirm who will pilot its third Honda entry for balance of the season alongside regulars Josh Cook and Jade Edwards.

According to the team's press release, BTC Racing will “evaluate drivers for its third car for the remainder of the 2021 BTCC season.”

However, the signing is a coup for the squad given Cammish’s success in Honda machinery while driving for Team Dynamics for the last three seasons. 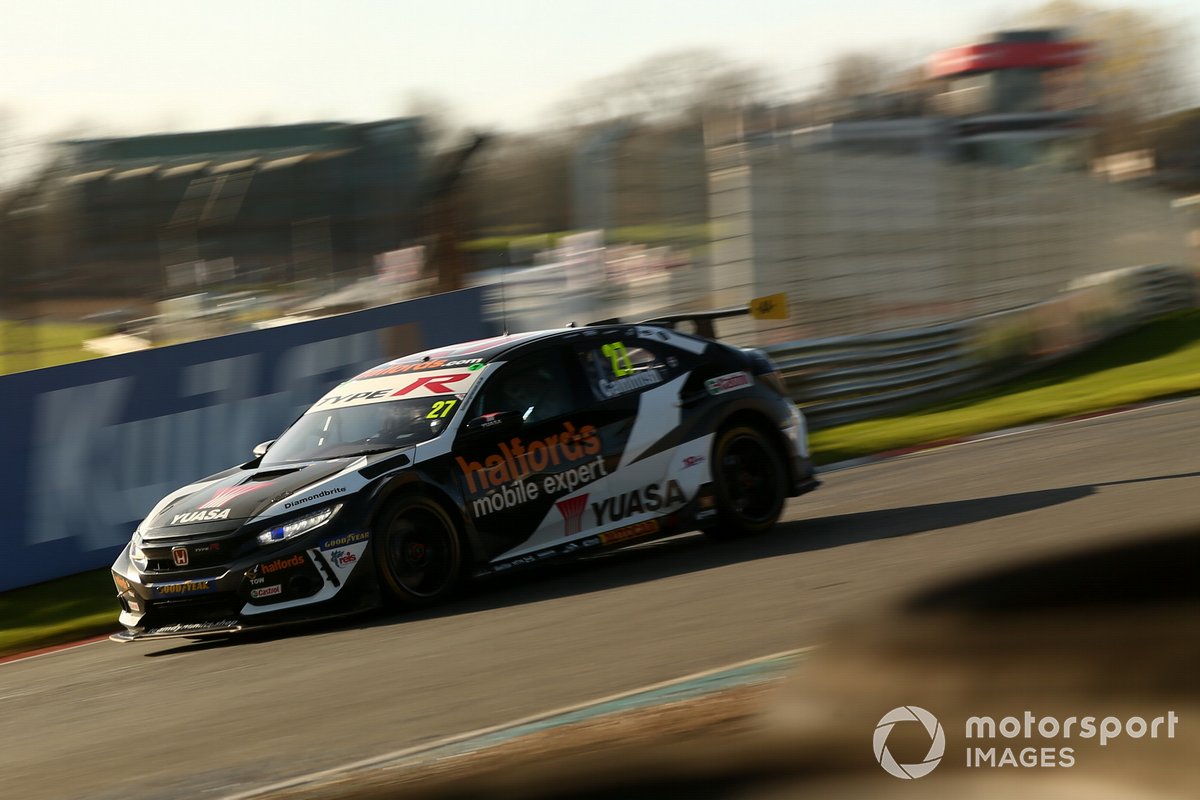 Finishing third in the overall standings in both 2019 and 2020, Cammish has taken eight career victories in the BTCC and in his debut season he won the Jack Sears Trophy.

“We are absolutely elated to have Dan in the car and joining us for Thruxton, it’s not only fantastic news for BTC Racing but for the championship as a whole too, said Steve Dudman, BTC Racing owner and team principal.

“Anybody who has watched the BTCC over the last three years knows Dan’s quality, speed and tenacity.

"He was very unlucky not to have won the championship a couple of years ago, he’s a driver with incredible pedigree.

“When the third car became available so close to the opening weekend of the season, I wanted to ensure we had an experienced and highly successful driver joining us for Thruxton.

"I think we can safely say, Dan fits that particular bill perfectly and we cannot wait to work with him this weekend.”