The result, combined with a fighting fourth place for Jake Hill, means the top three head to the final round at Brands Hatch separated by just seven points, with Sutton leading Hill by five and Ingram in third spot the further two points back.

Ingram started his Excelr8 Motorsport Hyundai i30 N from fourth on the grid, but found himself in the lead halfway around a turbulent opening lap.

Polesitter Josh Cook didn’t get his BTC Racing Honda Civic Type R off the line quite as well as did Dan Cammish from the outside of the front row in his Motorbase Performance Ford Focus.

Cook moved across to defend, but appeared to misjudge where the Ford was – contact between the two delayed Cammish and ricocheted Cook towards Adam Morgan’s Ciceley Motorsport BMW 330e M Sport, and Morgan narrowly avoided a collision.

The Lancastrian couldn’t do that into Becketts – he locked up and gave Cook a small nudge as they arrived at the corner, sending both running wide and a gleeful Ingram into the lead.

The incidents also allowed Sutton, fifth on the grid, up to second in his Motorbase Ford, and Rory Butcher, who started seventh, into third in his Speedworks Motorsport Toyota Corolla.

The remainder of the race was all about this trio, via two safety-car interruptions. 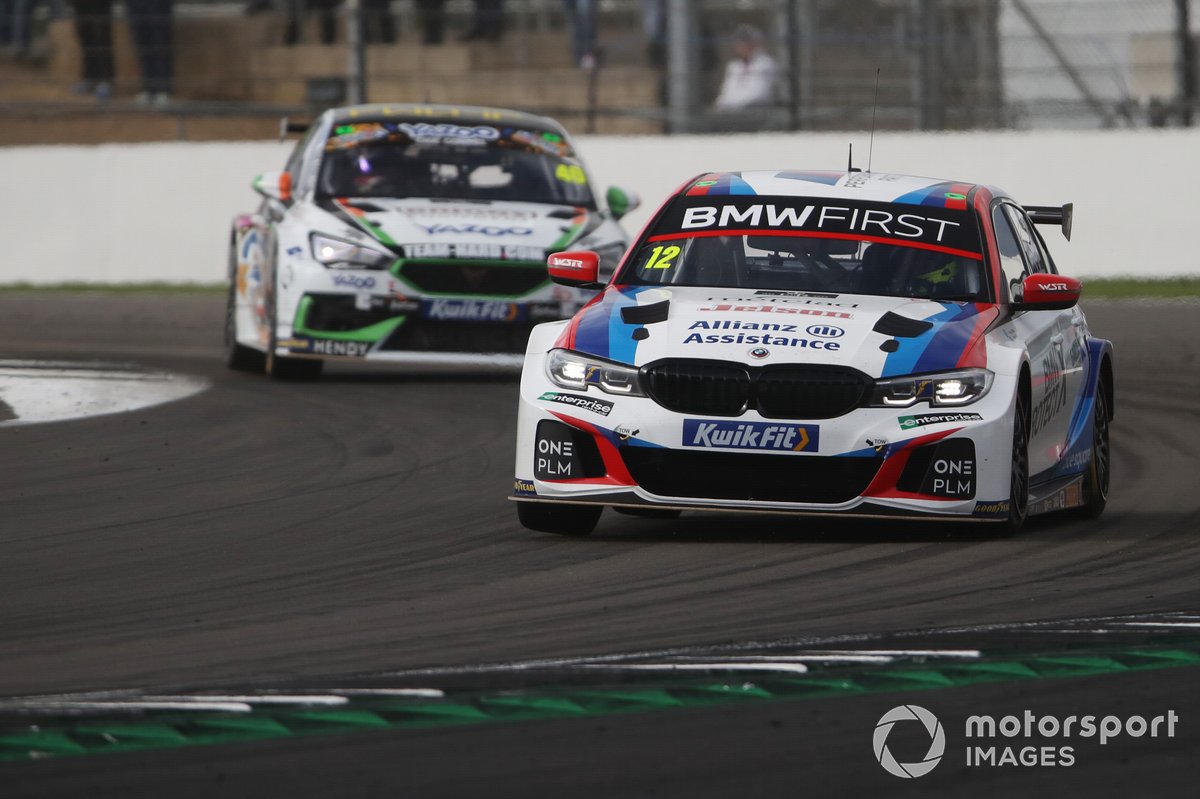 With six laps to go, Ingram had extended the gap to Sutton to over a second and finally crossed the line 1.539s to the good.

“We really needed that,” said Ingram. “The first two races were points-y, but not quite points-y enough, so it was good to get that win in the last race.

“It was like Moses – the sea parted for us! We needed a bit of luck but I’m super-pleased to get it done.”

While it was processional at the front, Hill provided many of the race highlights in his recovery from an opening-lap incident.

The West Surrey Racing BMW 330e M Sport came off worst in a three-abreast move into Brooklands with Morgan and Gordon Shedden, in which the Scot’s Team Dynamics Honda – squeezed in the middle – inadvertently whacked Hill to the outside.

That dumped Hill to 11th but, once he had clawed his way past defensive maestro Ollie Jackson, he set off after the leading contenders.

One by one he picked off Tom Chilton, then Cook, and then Cammish, grabbing the extra point for fastest lap along the way.

That put Hill fourth and, although he couldn’t claim any more positions, he had eroded the gap to the leading trio by the finish.

Jackson, at the wheel of his Motorbase Ford, somehow kept most of the rest of the field behind him as he clung desperately to ninth ahead of Aron Taylor-Smith (Team Hard Cupra). 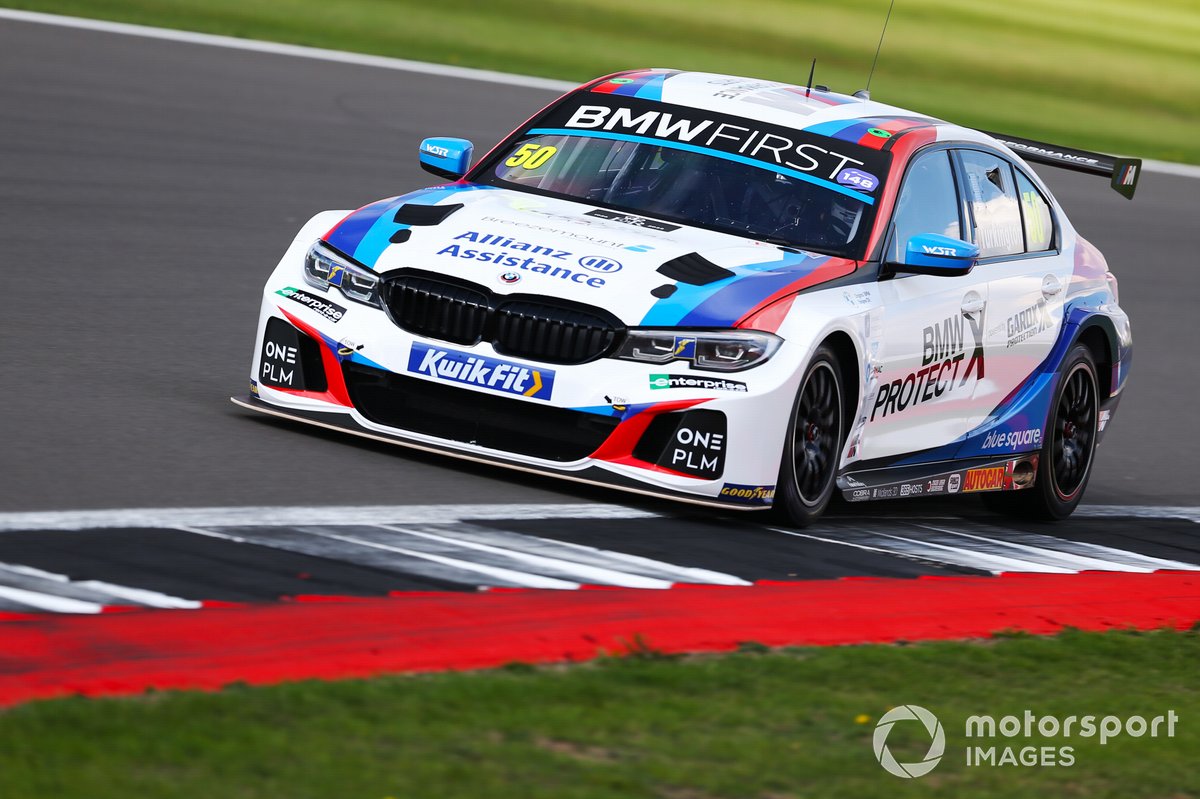 The WSR BMW of Colin Turkington was in this group. The four-time champion suffered an incident early in the race at Becketts that resulted in Morgan dropping out with a spin and puncture, and Ash Hand and Ricky Collard coming together as collateral damage to cause a safety car.

Turkington recovered to 11th, but lost a spot to Dan Lloyd on the final lap to place 12th, and is now 27 points behind heading to Brands Hatch.