The four-time champion progressed from third on the grid to second at the start, then took one lap after an early safety car to work a way around the reversed-grid polesitting Excelr8 Motorsport Hyundai i30 N of Tom Chilton.

Turkington had extended an enormous margin of 1.286 seconds within a lap of the pass, with Chilton soon conceding the runner-up spot to the second West Surrey Racing-run BMW 330e M Sport of Jake Hill.

But Hill too had nothing for Turkington, who was almost seven seconds to the good when the safety car was called for a second time.

That eradicated his lead, but Turkington made no mistakes over the five remaining laps of green-flag action and led home Hill by 1.181s at the chequered flag.

“That safety car was what wakes you up at 4am as a bad dream,” joked Turkington. “But the guys were telling me I already had fastest lap, so I was confident that with no mistakes I had the pace to win.

“It’s just reward for the pace and effort yesterday in qualifying. Getting pole position I would hope would set up the weekend, but the weather made things so tricky today.”

As Chilton freefalled down the order – he eventually pitted and then spun into the gravel at Clearways to trigger the second caution – so Bobby Thompson emerged in third place in his Team Hard Cupra Leon.

Thompson had started from the front row and had no answer to the BMWs, but was able to pull away after the final safety car from a trio of potent leading lights of the BTCC. 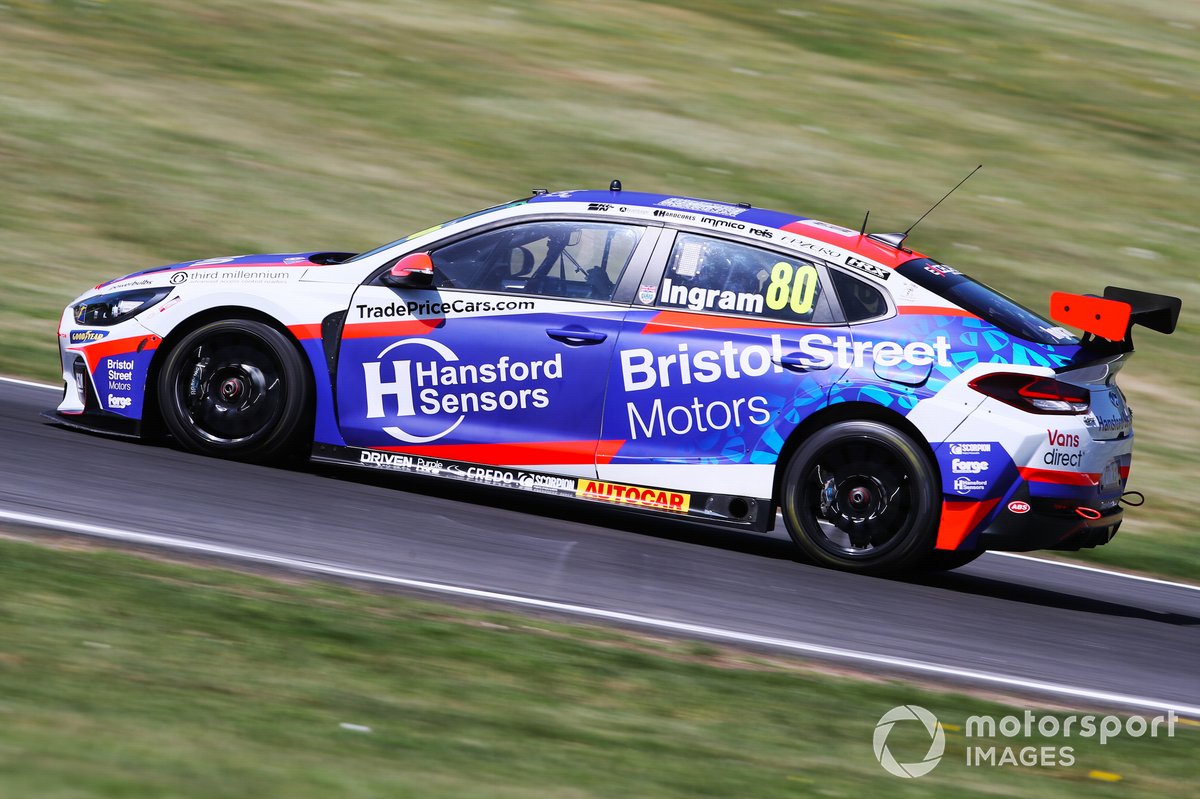 Championship leader Tom Ingram was at the front of these to claim fourth in his Excelr8 Hyundai, just ahead of the Speedworks Motorsport Toyota Corolla of Rory Butcher and Ash Sutton in his Motorbase Performance Ford Focus, which sustained damage from an incident with Chilton that hampered its pace.

George Gamble led this bunch in his Ciceley Motorsport BMW for a while, but dropped back to finish seventh, with Josh Cook, winner of the first two races of the day, claiming eighth in his BTC Racing Honda Civic Type R.

Rounding out the top 10 were Dan Lloyd’s Excelr8 Hyundai and the second Motorbase Ford of Dan Cammish.

The first safety car was caused by Jason Plato going straight on at Druids on the opening lap and nosing his BTC Honda into the barriers.

British Touring Car Championship rookie George Gamble took his maiden series victory in the reversed-grid finale to the Knockhill round.

Jake Hill took victory in the first race of the Knockhill round of the British Touring Car Championship after a scintillating battle with Ash Sutton.