Tom Ingram is the 2022 British Touring Car champion after finishing fifth in a tense finale at Brands Hatch, while his Excelr8 Motorsport Hyundai teammate Dan Lloyd won the race.

With Ash Sutton and Jake Hill finishing fourth and seventh respectively, that gave Ingram the crown by 12 points from triple champion Sutton, with Hill one point further adrift.

Ingram was always in the box seat starting from 10th on the reversed grid just behind Hill, with Sutton the outsider.

He managed to get his Hyundai i30 N past Hill’s West Surrey Racing-run BMW 330e M Sport into Druids on the opening lap, but this brought them up behind Sutton’s Motorbase Performance Ford Focus team-mate Dan Cammish.

After an early safety car, Sutton was running fourth and Cammish seventh, keeping Ingram and Hill at bay and backing them up.

A few laps later, Hill pulled off a magnificent move on Ingram into Sheene Curve, while Sutton came under attack from the Ciceley Motorsport BMW of Adam Morgan.

Morgan’s bid came to nothing thanks to contact at Druids from Cammish, which spun the BMW and delayed the Ford – and let through Hill and Ingram, further diminishing Sutton’s title chances. 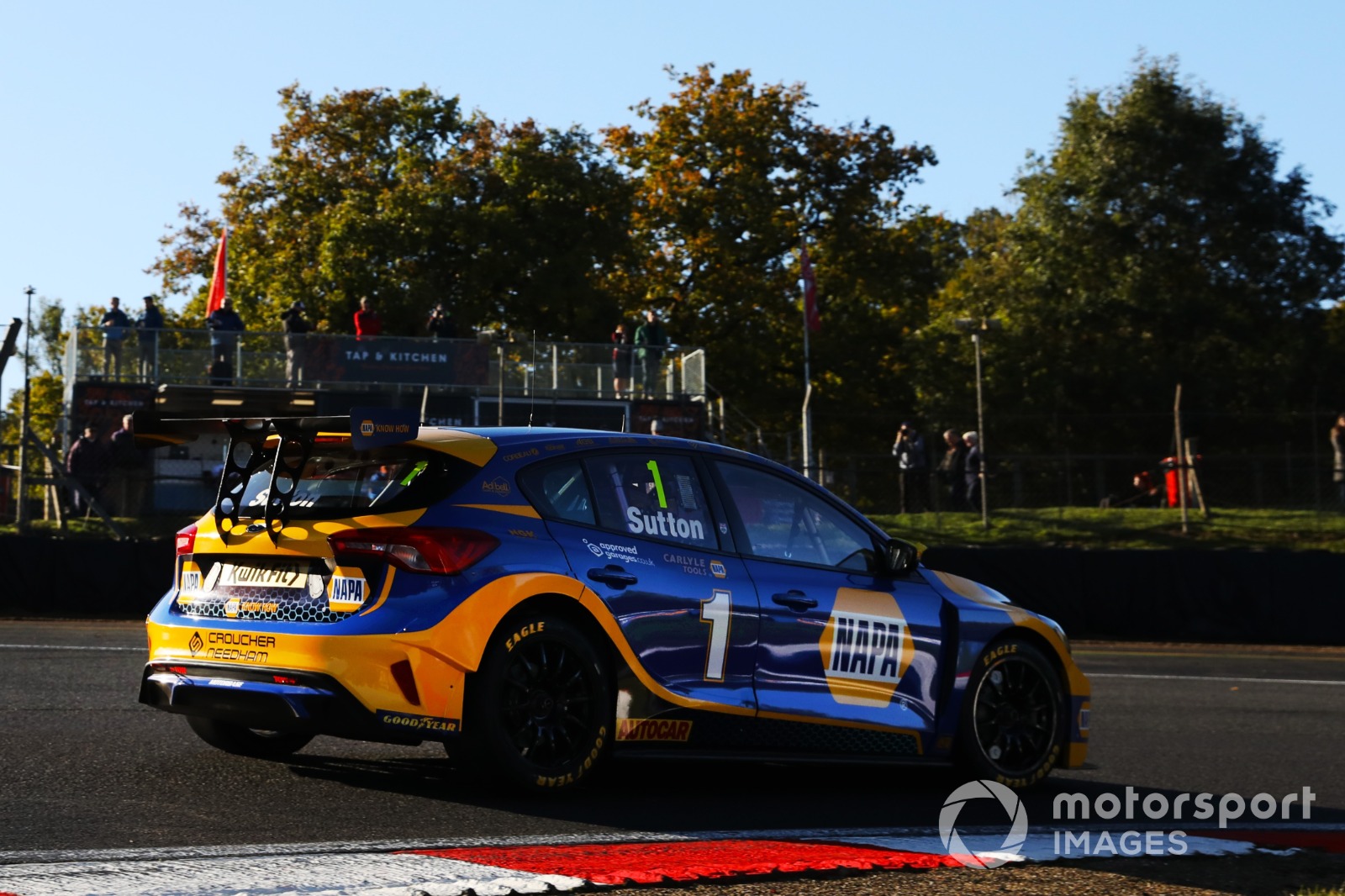 Hill was now up behind Sutton, with Ingram directly behind. Try as he might, he couldn’t get past the Ford.

Hill made one last bid into Paddock Hill Bend at the start of the final lap, going high, wide and handsome – but Ingram filled the gap on the inside, and minor contact sent the BMW wide and behind George Gamble’s Ciceley BMW and Cammish.

Hill managed to regain one place to take seventh, but it was fifth-placed Ingram doing the celebrating.

“I’ve thought about this moment for literally my entire life,” said a tearful Ingram. “Little did I think it would ever come.

“It was horrible. I needed an adult in the passenger seat with me, someone to say, ‘OK, just chill, it’ll all be fine.’ Spencer [Aldridge, Ingram’s engineer] was a constant on the radio, giving me the gaps.”

Outgoing champion Sutton then walked over to Ingram, gave him a big hug, and placed a #1 number sticker next to Ingram’s traditional #80 on the Hyundai.

Up front, Lloyd held on under fierce pressure from the BTC Racing Honda Civic Type R of Josh Cook, who had passed Morgan’s Ciceley BMW on the grass into Surtees for second, a position vacated by Bobby Thompson when he parked his Team Hard Cupra on the grass under the safety car.

“I don’t suppose anyone saw me at the front!” quipped Lloyd. “I was all over the place, dropped it a few times and Josh was catching me, but after the nightmares this year it’s great to have some positivity going into the winter.”

Rory Butcher completed the podium in his Speedworks Motorsport Toyota Corolla to complete a strong day.